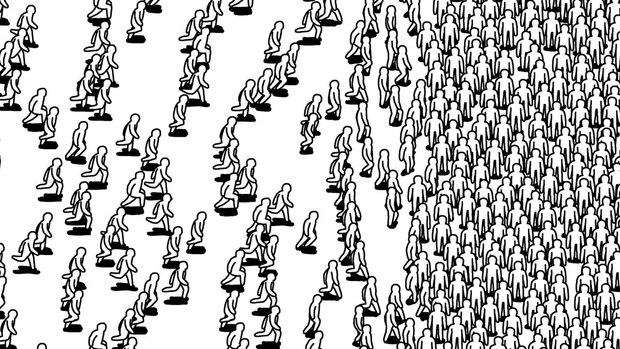 The SIGGRAPH Asia 2019 Computer Animation Festival (CAF), one of Asia's premier showcases of the year's best animated works, has announced three award-winning films as part of this year’s competition. An expert jury of professionals selected award-winning works that span the visual effects, animation, research and development, games, advertising, and education fields. The SIGGRAPH Asia 2019 conference and exhibition, where the winning films as well as numerous other CAF submissions will be screened, takes place November 17-20 in Brisbane, Australia.

In a celebration of how artistry in animation and graphics technologies evolve in tandem, CAF will showcase 41 short films and presentations, selected from 524 submissions. Awards in three categories - Best in Show, Jury Prize and Best Student Project - will be presented at SIGGRAPH Asia’s Opening Ceremony, being held November 18.

“I can’t wait for you to see this year’s SIGGRAPH Asia Computer Animation Festival,” notes Pol Jeremias-Vila, SIGGRAPH Asia 2019 Computer Animation Festival Chair. “The jury selected amazing works from all over the world that truly represents how computer graphics are being used by students and professionals to create short films, advertising, visual effects, and visualization.” An animated short film that explores group dynamics, and how we define ourselves when we are all equal, asks who is steering the crowd, and what if it is heading in the wrong direction? Along with where does the individual end and the group begin? What is done by choice, and what under duress?

In his Annecy pivotal short films preview for AWN, Ottawa Animation Festival director Chris Robinson wrote, “In Kids, the long awaited follow up to his beloved, Plug n Play, Frei returns to a simple setting, this time exploring groups. A bunch of faceless people make decisions based on no real logic at all, but just seemingly random directions of different members of group.

Total nonsense. That would never happen in reality.” Spring is the story of a shepherd girl and her dog, who face ancient spirits in order to continue the cycle of life. This poetic and visually stunning short film was written and directed by Andy Goralczyk, inspired by his childhood in the mountains of Germany. The Spring team used the development version of Blender 2.80 for the entire production.

Ostriches carry on their daily activities burying their heads, believing that it is an Instinctive behavior. However, research by phylogeneticist Dr. Kays proves otherwise.

The Computer Animation Festival consists of the following main components:

Deep into a forest, a gathering of wild animals start a nocturnal opera, conducted by a squirrel.

A little boy speaks about hedgehogs all the time to everybody.

The fox who wants to be a mascot for the city goes to a mascot training academy. He lives in a very tiny house and works many part-time jobs. He is still getting many Mascot auditions with taking loans at a high-interest rates for undergoing plastic surgery.

Highlights of the Animation Theater in 2019 include:

There was a boy who took care of a fig tree which did not bear any fruit for a long time. One day, he went to another world through his dream and got the fruit he wanted so much. Before long, however, he got tired of the world where everything he wanted was possible. In the end, he came back to the real world to take care of the fig tree.

In a dark subway tunnel, a group of mice find a gold ring-pull that seems to have a mysterious effect on one of them. Not so far from them, an owl and his enslaved rats are watching. The owl sends his rats to get hold of this strange object...

Hong Kong is known as a concrete jungle and we seek for a different angle to review Hong Kong’s city landscape from the sight of a bird. The music video of “Iam Twisq” re-creates an urban playground by animating shapes, forms and colors extracted from the original buildings.

At SIGGRAPH Asia 2019, the Panel & Production Talks will feature the world's foremost computer graphic experts and creatives, who will present what goes on behind the scenes when creating their content. Highlights of the production talks this year include:

Visualizing the Birth of Planet Earth for Fulldome Theaters

Members of the Advanced Visualization Lab from the National Center for Supercomputing Applications at the University of Illinois at Urbana-Champaign will discuss the challenges they encountered in producing 15 minutes of data-driven cinematic visualization in order to tell the epic story of the history of Planet Earth in a fulldome documentary entitled “Birth of Planet Earth”.

The film features scientific visualizations of an evolving Milky Way galaxy that is filled with explosive supernovae; a journey into our evolving Solar System with its violently colliding rocks and early planets; a close up view of the giant impact that created the moon; a tour through the quantum-mechanical process of photosynthesis; and a look back at our modern planet through the photographic lenses of a satellite.

These visualizations required innovations in data science, camera choreography, procedural effects, visual design, and compositing, which the team will break down and discuss, illustrating with a variety of visual examples.

MPC Film presents: The Making of The Lion King

MPC VFX Supervisor Elliot Newman will reveal the artistic and technical challenges that his team encountered when making of Disney's The Lion King. A new approach to filmmaking was required, to harness the latest in Virtual Production techniques, along with creative and technical talent. Ultimately, a team of more than 1300 computer graphics artists worked for over a year to design and animate the animals in the movie, by crafting full CG environments and to simulate earth, fire and water.

New to CAF in 2019 is the Japan Media Arts Festival (JMAF) 2019 Award-Winning Program, a comprehensive festival of media that honors outstanding works from animation and comics to media art and games. Two prize-winning films from the 22nd JMAF will be featured at SIGGRAPH Asia 2019’s Computer Animation Festival:

A short, animated film inspired by Dante Alighieri’s “Divine Comedy” Inferno. As the celestial beings descend to the Earth and begin destroying the activities there, disturbing the world’s order and creating chaos. Initiated by these terms, a tragic fall leads to the parturition of the crucial opposites: Hell, and Heaven’s circles. The film depicts the grand theme of loops, metamorphoses, and degeneration and regeneration.

A dance performance generating bodily expression through mathematical and collective intelligence-based methodology. With AI and machine learning offering new insights into the body schema and movement, numeric data and analytical results derived from it inform the choreography.

Also new to SIGGRAPH Asia 2019 is the Seoul International Cartoon and Animation Festival (SICAF) 2019 Award-Winning Program, which together with JMAF adds breadth to the scope of creativity presented at SIGGRAPH Asia 2019.

SICAF began in 1995 as a cultural festival for cartoons, animation and visual images. Today, SICAF is one of the top 5 animated film festivals globally. Two prize-winning films from this year’s SICAF will be featured at SIGGRAPH Asia 2019’s CAF:

36,000 years ago, in the Ardèche river gorge, when an animal was painted, it was hunted. When it is again time to go Hunting and Painting, Gwel is appointed head of the group of hunters while Karou the Painter and his apprentice Lani set off to paint the walls of the great cavern. But they hadn't counted on meeting a cave lion.

The two best rescue workers of the region are ready for their new mission. Despite their professionalism and their determination, it will not go as planned...

SIGGRAPH Asia 2019 will take place at the Brisbane Exhibition and Convention Centre November 17-20, 2019. More information is available at the event website.