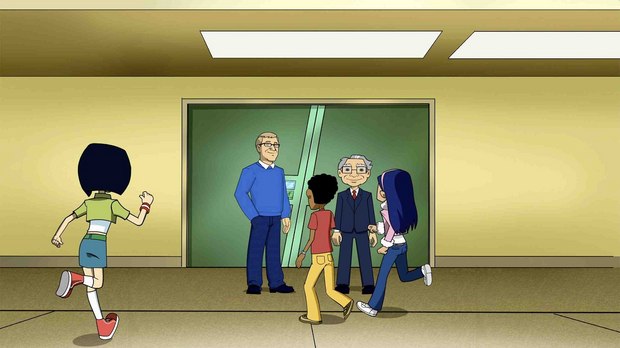 “The expansion of the Kid Genius Cartoon Channel into 40+ million homes is an extraordinary event, which brings their distribution up to critical mass, reaching close to half of all U.S. television households,” commented Shelly Hirsch, CEO of Beacon Media Group, on the Kid Genius milestone We are constantly looking for new ways and systems to reach kids in an ever changing digital environment, and I am personally excited about the possibilities now from another player in the space, alongside Disney Channel, Nickelodeon and Cartoon Network."

Currently available to 22 million households on Comcast’s Xfinity on Demand platform, the Kid Genius Cartoon Channel delivers on the Genius Brands’ promise of “Smart TV for Kids.”  Offering a variety of programming for young viewers (toddlers to age 12) that is aligned with Genius Brands’ mission to provide “content with a purpose,” the Kid Genius Cartoon Channel features original programming, such as Baby Genius, SpacePOP, Warren Buffett’s Secret Millionaires Club and Thomas Edison’s Secret Lab, as well as shows from other program creators around the world such as Eddie Is A Yeti and Nancy Drew Codes & Clues. Beginning in November 2016, the Kid Genius Cartoon Channel will also be available across OTT (over-the-top) platforms, including Roku, Apple, Amazon, Sony, Google, and Samsung with additional platforms to follow.

“We are excited to be partnering with Genius Brands on expanding the reach of their Kid Genius Cartoon Channel through a truly multi-platform direct to consumer offering,” said Vikrant Mathur, Co-Founder of Future Today, Inc.  “Utilizing our cloud-based platform, the Kid Genius Cartoon Channel will be able to offer an on-demand entertainment experience that is not only safe for kids and can be controlled by parents, it’s truly engaging as well."

“Future Today is exactly that,” explained Debra Pierson, General Manager of Kid Genius Cartoon Channel. “As consumers’ viewing habits have changed, so too has the typical content distribution model.  Future Today can deliver us into the 20 million households who aren’t subscribing to cable or satellite for their entertainment, and who are choosing from myriad devices and smart TVs.  It may seem like an alternative approach to some, but we see the future for content distribution in Future Today.”