The one-minute sketch features a delightful mix of the streamer’s live-action and animated characters, along with Keegan-Michael Key, part of its ‘A Mountain of Entertainment’ campaign. 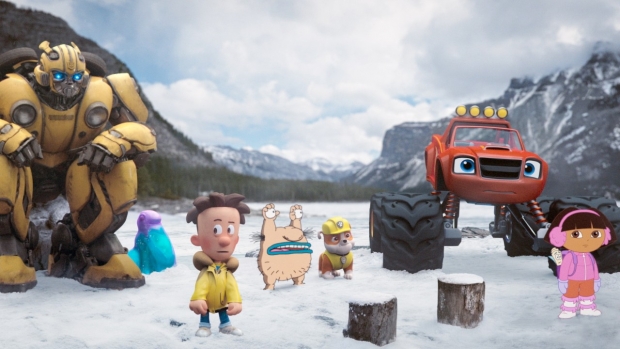 As part of Paramount+’s ongoing “A Mountain of Entertainment” campaign, the delightful Mr. Garvey's Mountain Survival Skills dropped during the NFL’s Thanksgiving Game on November 24, transporting audiences back to Mount Paramount. Each “Mountain” video stars an array of beloved animated characters from across Paramount+ titles and properties.

Created by agency partner Droga5, Mr. Garvey’s brings together a humorous mismatch of characters, and serves as the first in a three-spot campaign that will feature a mix of returning mountaineers as well as an all-new crew to scale Paramount Mountain.

The first installment of the campaign, which premiered nearly two years ago, took over the Super Bowl in honor of the launch of the premium streaming service, with the campaign featuring 30 stars from iconic film, TV, sports, and news series coming together to climb the fabled Mount Paramount. The second spot, a year later, continued the journey during the AFC Championship game.