Following last June’s announcement that white actors would no longer voice Black characters on the show, producers reveal that starting with next week’s episode, Richardson will take over the role Shearer has voiced for over 30 years. 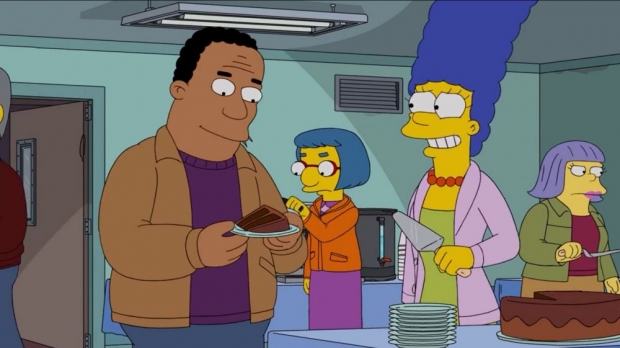 Following last June’s announcements by the creators of both Big Mouth and Central Park that they would be recasting biracial characters with Black or biracial actors, The Simpsons’ producers agreed to follow suit. According to Deadline, they’ve made good on that commitment with the announcement that Kevin Michael Richardson will take over the role of the Black character Dr. Julius Hibbert, from Harry Shearer beginning with the February 28 episode.

Shearer has voiced Dr. Hibbert for over 30 years; he will continue to voice his other characters on the show, including Mr. Burns and Ned Flanders. Richardson, a veteran voice actor, has voiced numerous characters on The Simpsons going back to 2009, as well as various roles on shows like Bless the Harts, Family Guy, and Teen Titans Go!

Back in August of last year, in an interview with Times Radio host Matt Chorley, Shearer questioned the idea that voice casting non-white characters should be based on race.

In the interview (which begins roughly at 1:57:00 of the recording), asked about actors voicing non-white characters and whether the show’s recent decision to recast characters of color was the right choice, he replied, “I have a very simple belief about acting. The job of the actor is to play someone who they’re not. That’s the gig.”

He went to note, “That’s the job description. There’s a conflation between representation, which is important… people from all backgrounds should be represented in the writing and producing ends of the business so they decide what stories to tell and with what knowledge… and performance.”

“In performance, as I say, the job is playing the part of someone you’re not,” Shearer continued. “I’m not a rich nuclear plant owner. I’m not a Bible believing Christian who lives next door to Homer. I’m not any of those people.”

For several years, The Simpsons' producers resisted criticism over actor Hank Azaria’s portrayal of Apu, the Indian owner of Springfield’s Kwik-E-Mart. Controversy grew with the 2017 release of the documentary, The Problem with Apu, produced by comedian Hari Kondabolu. The film features multiple interviews with people of Indian or South Asian descent who say they were bullied or mocked by others who cited the thick-accented convenience store owner. For many years, Apu was one of, if not the only, character of Indian ethnicity seen on American television. Azaria, who won four Emmy Awards voicing the characters, offered to step away from the role during a 2018 appearance on The Late Show with Stephen Colbert, before officially saying goodbye to Apu in January 2020.