New hires bring more creative and technical firepower via their roles as head of CG, VFX supervisor and head of technology. 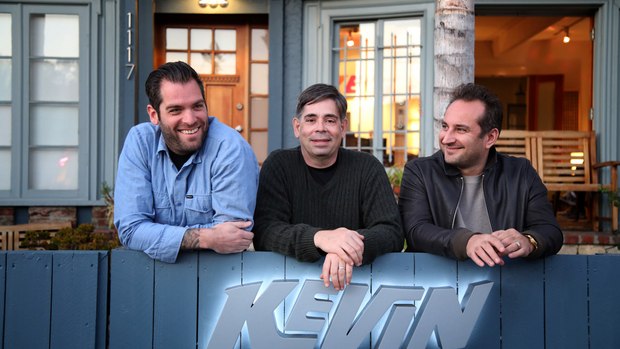 VENICE, CALIF. -- Since opening its doors in September, VFX studio Kevin has worked on commercials for such high-profile clients as Jaguar, Land Rover, Target and Old Spice, prompting it to expand by hiring Mike Dalzell as head of CG, Theo Maniatis as VFX supervisor and Carl Loeffler as head of technology.

As Kevin’s head of CG, Dalzell brings years of experience as a CG supervisor and lead artist -- beginning as a 3D generalist then focusing on look development and lighting -- at top creative studios ranging from Digital Domain, MPC and Psyop, to The Mill, Sony Imageworks and Method. He honed his skills on music videos in Toronto, and then on feature films such as Iron Man 3 and The Matrix movies -- all Academy Award and BAFTA nominated for VFX, as well as The Curious Case of Benjamin Button, which won an Oscar and BAFTA for VFX, to note only a few credits.

Kevin VFX supervisor Maniatis, both a renowned Flame artist and on-set VFX supervisor, has a wide breadth of experience in the U.S., London and his native Sydney. Maniatis’s work has been recognized with a breadth of awards including Cannes Gold and Silver Lions, Clio and Promax honors, and an Emmy for Coca-Cola “Happiness Factory.” Prior to joining Kevin, Maniatis worked with Blur Studios, Psyop, The Mill, Art Jail and Framestore.

Loeffler, Kevin’s head of technology, is creating the studio’s flexible and efficient production model using the latest Flame systems, high-end 3D workstations and render nodes and putting new networking and storage systems into place. Kevin’s new Culver City studio will open its doors in the first quarter of 2018. Loeffler will guide the current growth in both hardware and software, plan for the future and make sure Kevin’s studio is optimized for the needs of production. He draws from over two decades experience successfully building out and expanding the technologies for some of the largest facilities in Los Angeles including MPC and Technicolor.