The CalArts alum and well-respected animation veteran spent almost 40 years as a writer, story artist, and designer on some of the industry's most successful shows. 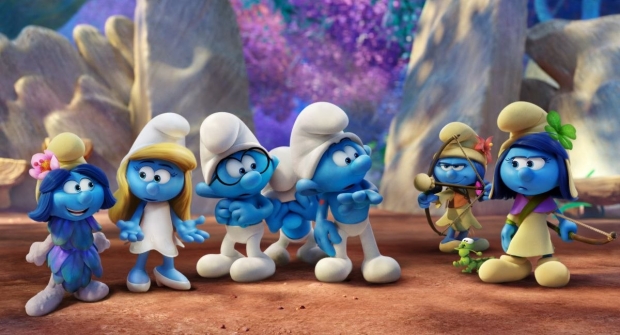 Kelly Asbury, the well-respected animation veteran who directed a number of big studio animated features, including Shrek 2 (2004) and the Oscar-nominated Spirit: Stallion of the Cimarron (2002) for DreamWorks, as well as the more recent UglyDolls (2019) for STX and Smurfs: The Lost Village (2017) for Sony, passed away Friday after a long battle with cancer, according to The Hollywood Reporter. He was 60 years old.

Asbury, a native of Beaumont, Texas, graduated from CalArts before embarking on an almost 4-decade career at studios including Pixar, Disney Feature Animation, DreamWorks and Sony Pictures Animation. He garnered three Annie Award nominations: for writing and directing on Gnomeo & Juliet (2011) and for directing on Shrek 2. In addition to his work directing animated features, his long list of credits also includes work as an actor, writer, storyboard artist, layout artist, and character designer on shows like The Addams Family, Frozen, Wreck-it Ralph, Chicken Run and Toy Story. He also wrote and illustrated a number of children’s books, including “Bonnie’s Blue House,” “Rusty’s Red Vacation” and “Yolanda’s Yellow School,” in 1997, as well as the 2003 non-fiction “Dummy Days: America's Favorite Ventriloquists from Radio and Early TV.”

Talking to AWN in 2017 about his film, Smurfs: The Lost Village, Asbury mentioned that before he took on the project, he knew very little about Belgian artist Peyo’s world-famous colony of small, outrageous, human-ish blue characters.  Kelly recalled that, ironically, not long after graduating from CalArts, he tried to get a job on the original Smurfs cartoon, but wasn’t hired. “But that’s okay,” he commented. “I hold no grudges.” Estimating that between Sony Pictures Animation in Culver City and Sony Imageworks in Vancouver, roughly seven to eight hundred people contributed to his movie in some capacity, Asbury noted, “Chuck Jones told me years ago, ‘If you want to be a director, make sure that all the people working with you are better at what they do than you are.’ Fortunately, I was able to do that and it paid off in spades for me.”

Summing up the film, Asbury stressed that he just wanted to make a fun kids movie that the whole family could enjoy. “For lack of a better way to put it, we made a film that I think is very pure of heart and simple and easy to follow, but adventurous and fun. We tried to make a piece of entertainment that was not cynical, because the Smurfs do not come from a cynical place. They come from a fun, sincere place, and that’s the aim of this movie.” In an unpublished 2019 interview discussing his work on UglyDolls, when asked what he hopes audiences come away with when they leave the theatre, Asbury told me, “Well, as always, the first goal, of course, is to try and do something that people are entertained by, and feel like it was worth their time and money to see it. I always want that. The second thing, which is equally as important, is that they walk away with some message you’ve shared with them, with some little piece, sometimes just a morsel, of some way that they've been changed. With this film, we’re really saying that we all just need to stop for a minute and be kinder to each other, put aside all the stuff that we may not understand about each other, and try kindness first, and see what it gets."

In my 2017 interview with Asbury at the FMX Conference in Stuttgart, the director talked in-depth about his experience directing the Smurfs film. At one point, he noted, “There’s always something in animation to get excited about. Everyone always has to work hard to keep that enthusiasm up. It’s not easy. But it’s not easy anywhere to keep your enthusiasm up, all the time. So, it might as well be in animation, if you’re going to do it. What a great field to be happy about. It’s cartoon characters.”

Concluding our interview, when I asked “What’s next?,” he mentioned, a bit coyly, that there were a few projects he was circling, finally noting “I have a lot of hopes for the future and I just want to keep making movies.”

He is survived by his wife, Jacquie, stepsons Andrew and Connor, sister Gwen, and niece Leslie.