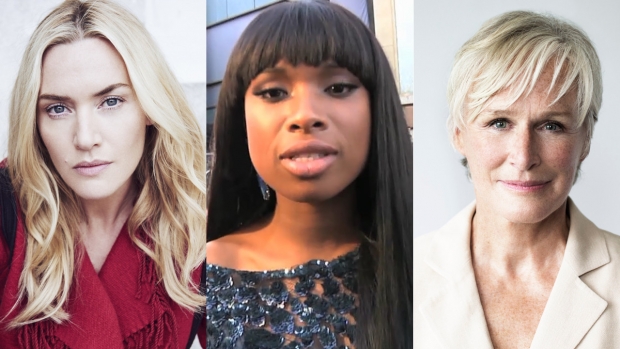 In Baba Yaga, viewers will be invited as a main character into a haunting fairytale world completely reimagined, and their choices could determine the ending of this story of love, fortitude and magic. Sometimes a force for evil, sometimes a force for good, the enigmatic witch Baba Yaga (Winslet) uses her powers to stop the villagers whose settlement encroaches upon her enchanted Forest (Hudson). When the viewer’s mother, the Chief (Close), falls deathly ill, it is up to them and their sister Magda (Ridley) to do the unthinkable—enter the forbidden rainforest, uncover its hidden mysteries and get the cure from Baba Yaga. Ultimately, every decision the viewer makes matters … perhaps even whether humanity and nature can live in balance.

"Baba Yaga is a beautiful work of animation and I was honored to be an executive producer alongside my talented collaborators at Baobab Studios,” said Hudson. “While the story is rooted in classic folklore, we were inspired to bring it into modern light by focusing on environmental themes and strong female characters, themes the world needs to explore now more than ever. It was my pleasure to be part of the strong female cast alongside Daisy, Kate, and Glenn."

“Creating Baba Yaga during a pandemic was especially challenging and we are grateful to Kate, Daisy, Glenn, and Jennifer for traveling with us on this unusual journey,” said Eric Darnell, the film’s director and Baobab Studios co-founder. “Each of them rose to this unique occasion with tremendous energy and passion in creating their characters and I’m proud of what we accomplished together. It is validating to have our work recognized by the Venice Film Festival and we look forward to sharing the experience with VR audiences around the globe.”

The VR immersive experience is a contemporary portrayal of the Eastern European legend breathed to life with illustrative 2D pop-up animation, as well as hand-drawn and stop-motion styles, creating a modern visual language for VR inspired by classic animation. Leveraging the studio’s award-winning animation pioneers and interactive gaming veterans, Baba Yaga blends theater, cinema, interactivity, AI, and animation into a unique experience that explores themes of empowerment and environmentalism.

Baba Yaga will be available exclusively on Oculus Quest later this year. For additional information, visit the Baobab Studios website.

As part of the 77th Venice International Film Festival/Venice VR Expanded, Baba Yaga will be accessible online to accredited viewers via an innovative digital platform that enjoys the support of Facebook’s Oculus, VRChat, and VRrOOm. Also, for the duration of festival (September 2-12), it may be viewed in-person in the VR lounges of cultural institutions around the world as part of the Satellite Programme network. Each of these lounges will be open to the public and equipped with VR headsets, in which spectators can explore all the films in the festival’s VR program. To date, these locations include: