At the recent Foundry Live event, the Katana team shared a sneak peek at their ground-breaking new lookdev and lighting software release slated for later this year. 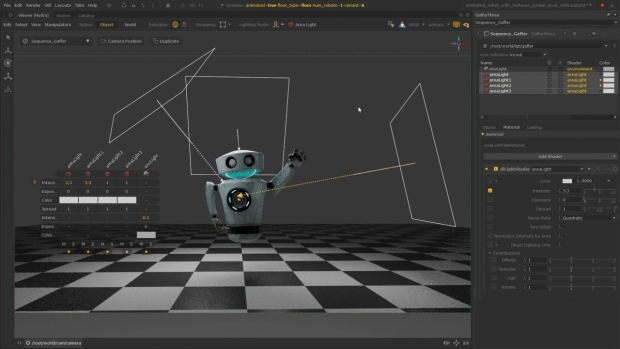 Leading media and entertainment creative software company Foundry has revealed a look under the hood of Katana 4.0, their ground-breaking new rendering software update slated for a Fall 2020 release.

Noting that Foundry product development always focuses on performance, so that the technology embedded in the software truly serves both artist and pipeline developer needs, Thistlewood shared that the chief concern and drive for Foundry’s Katana team has been to build on the ability of Katana to handle complexity and volume.  A main goal continues to be turning what has largely been a TD-focused workflow into a digital cinematography platform geared around artist tools.

“Katana 4.0 is the culmination of the work we started with the Katana 3 series in terms of transforming the UX of the lighting artist from a technical ‘old school’ process to a rich, modern viewer-based approach,” he commented. “We took this direction as we believe the actions to realise an idea should be as simple as conversations about the idea - and our software facilitates the creative flow of the artist in just a few clicks.”

Thistlewood went on to explain that the pipeline world is changing, with scalability becoming ever more important. The COVID-19 pandemic has made inherently difficult work even more difficult; customers are increasingly looking at issues such as artists working remotely, cloud computing, centralized infrastructure, and PCoIP.

According to Thistlewood and Jones, and illustrated in a series of video clips, key features in the Katana 4.0 fall release include:

Katana 4.0 will be available in the Fall on Foundry’s website.