Executive changes are afoot at the streamer in the wake of its acquisition, announced earlier this week, of animation hub Animal Logic. 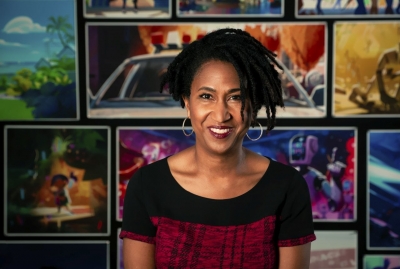 Following its acquisition – announced this past Tuesday - of the Australian animation studio Animal Logic, Netflix has restructured the executive team that oversees the company’s Film Animation Division. Toliver joined the streamer this past February from Sony Pictures Animation, where she was executive vice president.

According to Deadline, VP animation film Karen Toliver has been promoted to lead the animation film team. She takes over from Melissa Cobb - who joined the company four years ago to lead the animation team – who will move on from her role as VP animation film, but will remain with Netflix as a producer. Toliver joined the streamer this past February from Sony Pictures Animation, where she was executive vice president, creative. She won an Oscar in 2020 for producing Matthew A. Cherry’s animated short, Hair Love.

Gregg Taylor, another VP animation film, will also transition into a new role as producer. Bruce Daitch, former VP animation production operations, will leave the studio as well, after helping the Animal Logic team transition for at least the next few months.

A source for AWN confirmed this week that these moves have been finalized.

Scott Stuber, head of global film told Deadline: “Over four years ago, Melissa joined the company to lead our animation team and since then has built the studio from the ground up. She’s attracted top filmmakers and delivered a diverse slate of award-winning animated films. Gregg was vital to building our creative team and he helped oversee and shepherd our incredible film slate to date, including, most recently, The Sea Beast. We are excited to have them both continue to be part of the Netflix family as creative producing partners.”

“Our commitment is to build a world-class animation studio and Karen is a strong creative leader, with extensive experience to deliver our ambitious slate of animated films,” continues Stuber. “She is beloved in the animation community and has had an immediate impact in her few short months at Netflix and I look forward to seeing her thrive in this elevated position.”

Amy Reinhard, VP studio operations, added, “Bruce has been the glue of animation production for the past two years, managing the production pipelines, toolsets, and infrastructures while also building two brand new animation production studios during a pandemic. I’m so grateful for everything he’s done.”

Reinhard also commended Balthazor in her comments, saying, “Traci has proven to be an incredible leader and collaborator, quickly adapting to the growing demands of the business scale and scope. With her experience, I am confident she will make a strong partner to Karen leading the animated film team.”