A sequel to the filmmaker’s ‘Deer Flower,’ the film is the first original in-house production from L.A.-based stop-motion studio Open The Portal. 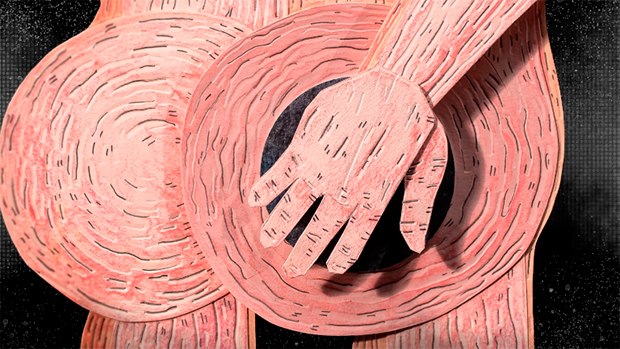 Kangmin Kim’s short ‘JEOM’ will premiere Jan. 19 as part of the Animation Spotlight Shorts Program at the Sundance Film Festival.

The four-minute film is the first short film to be produced by Los Angeles-based stop-motion studio Open the Portal. Kim is one of the studio’s closest collaborators and an in-house director.

“Having our first in-house film featured at the festival is a surreal dream come true,” says OTP partner Micah Cordy. “Five years ago, we took a freezing bus ride to Park City and slept on friends’ hotel floors just to get into a few screenings.”

Since then, the studio has been developing an infrastructure through commercial production and collaboration with artists and clients such as Katy Perry, Disney, and others. This film marks its first fully original in-house creative production.

The title, JEOM, roughly translates to “birthmark” or “black dot” in Korean, and provides the film’s storyline. As Kim explains: “Like my father, I was born with a big birthmark on my butt, which I was very self-conscious of. My mother told me that when I got older it would disappear, but it never did.”

The film recounts the birth of Kim’s first child and centers around the JEOM creating a special link between father and son. The film starts with an oddly humorous reveal of both birthmarks. Believing the two JEOMS are connected, the son furiously attempts to scrub off his father’s blemish, with no success. The son then has a baby of his own, and its revealed to the audience if or how the JEOM is passed to the next generation.

“We live in an incredible time for animation,” Cordy says. “Thanks to the internet, people are rediscovering past hidden treasures while influencing a new generation of animators to produce inspired work. In that vein, JEOM is a strange and wonderful story. We are so proud to be representing the new generation of stop motion at Sundance.”

For the short, director Kim employed a stop motion technique perfected while studying Experimental Animation at CalArts. “Kim is a master stop motion animator,” says Cordy. “Almost everything you see on screen is made out of simple construction paper. This animation method is Kim’s specialty and has been his preferred medium for the last few years.”

Open The Portal also used one of its founding partners, Barrett Slagle, who runs the in-house audio studio to produce the music and sound design. Working together closely with Kim throughout the process, they ensured that the visuals and sound would function as a cohesive whole.

JEOM will screen as part of Sundance’s Animation Spotlight Shorts Program, with the premiere scheduled at the Redstone Theatre on Jan. 19 at 6:30 p.m. The press line start time is 5:30 p.m.