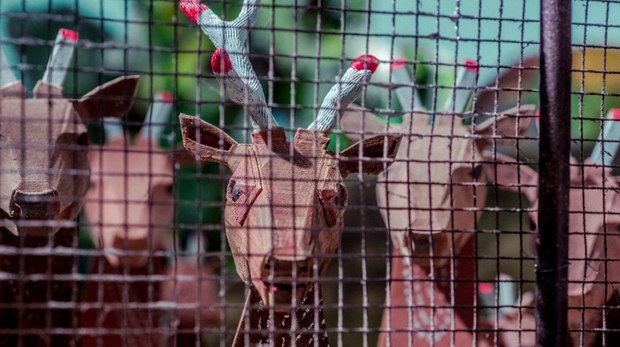 At once unsettling, whimsical and amusing, the seven-minute Deer Flower follows a young boy who partakes in an ancient rite of passage, utilizing 3D printing, textured 2D printouts, hand-drawn animation and 35mm film.

Screening at more than 60 festivals and nominated for a 2017 Annie Award for Best Animated Short Subject, Deer Flower has won 11 awards, including at Animafest Zagreb, Aspen Shorfest, the Melbourne International Film Festival and the AFI Fest, among others.

The design of the characters began in the traditional iterative manner from sketches with pen and paper to finished 3D modeling in Autodesk Maya. Once the models were ready to be turned from digital to physical, Kim and producer Seulhwa Eum used the MakerBot Replicator 2 to fabricate the puppets. A 3D printer was used to create all the characters and props for the film, which were then embellished with paper cut-outs to give them more of a handmade feel. Head over to the Vimeo blog to read more about Deer Flower.