Daniel Kaluuya’s 59% will team with Mattel Films and Valparaiso Pictures to produce a live-action feature based on the children’s series ‘Barney & Friends.’ 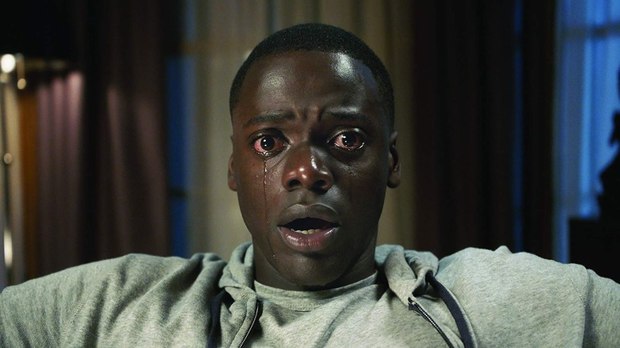 Daniel Kaluuya in ‘Get Out.’ Image © 2016 Universal Pictures.

I love you, you love me, but we’re not sure we love what may be looming… and soon headed into theaters. We do know Daniel Kaluuya (Get Out, Black Panther) can play tough and creepy, but the talented actor is now headed in a completely new, purple-hued direction. Kaluuya just signed a deal is to produce a live-action feature based on the beloved Barney & Friends TV show, which aired between 1992 and 2009.

Will Barney don a suit a-la the original series? Will he become a CG nightmare? Will he (they, it?) have a tragic backstory shedding light on his life before he put on the mask… helmet… headpiece? We are curious to see what twisted twists they’ll come up with, if any. Robbie Brenner of Mattel Films has stated that the film will appeal to adults while also entertaining children. This could mean we may get a film with humor similar to Detective Pikachu, or even Shrek… or maybe more like Alvin and the Chipmunks! All this remains to be seen.  One thing is for certain, though: we’re never getting that damn song out of our heads.

The film will be co-produced by Mattel Films, 59% (Kaluuya, Rowan Riley and Amandla Crichlow) and Valparaiso Pictures (David Carrico, Adam Paulsen and Bobby Hoppey). A director and production date have yet to be announced.