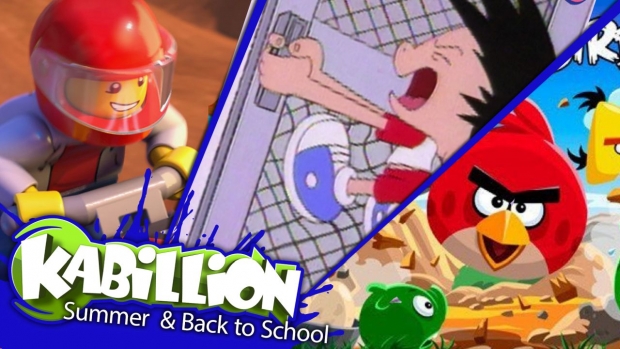 The free kid and family-friendly go-to platforms, Kabillion, and Kabillion Girls Rule!, have announced their slate of featured programming and special episodes to keep kids busy and entertained throughout August and September. Seasonal summer episodes include “LEGO City Jungle Rumble,” “Barbie: The Sweetest Journey,” and four new series join the lineup for the first time just in time for back-to-learning.

With animated series Angry Birds and Monster High Ghoul Squad, the school-age set will be racing to finish their schoolwork so they can tune in, while preschoolers can enjoy musical fun and learning with YouTube sensation Little Baby Bum as well as Giligilis. Young viewers can also get into the school groove by having a retro dance party with Dream Defender and joining Bobby as he survives his first day of school in Bobby’s World.

Kabillion and Kabillion Girls Rule! offer quality, age-appropriate entertainment for kids, and are available on-demand on most cable and satellite services and streaming on Apple TV, Amazon Fire TV, Roku, Sling, and XUMO. Also offered is a Freebies section with printable/downloadable word searches and coloring pages featuring characters and scenes from various series.

Kabillion and Kabillion Girls Rule! – Featured Summer and Back to School Programming

Featured programming throughout August and September, including: