Deal with Cyber Group Studios to see both series introduced to U.S. audiences on Kabillion TV on Demand. 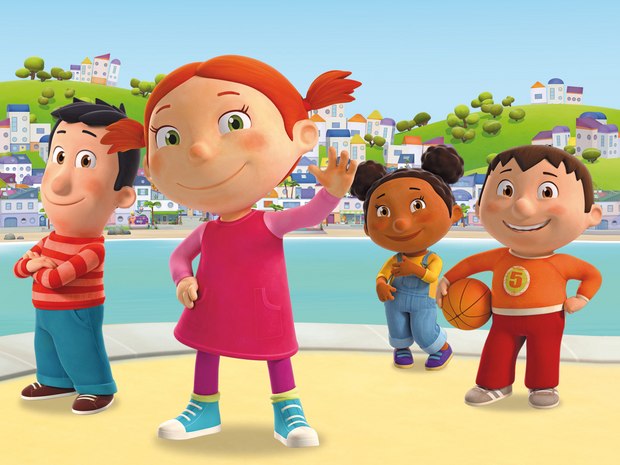 Los Angeles, CA -- Having recently been announced that Kabillion, the only independently owned VOD network ranked among the Top 10 Kids Free On Demand networks in the U.S. and currently in over 50 million homes, will debut Ozie Boo (78×7’) and Mademoiselle Zazie (78×7’) from French producer and distributor Cyber Group Studios, it was confirmed that Mademoiselle Zazie will launch March 15th on Kabillion Girls Rule!, Kabillion’s companion network for girls 6-11 years of age, while Ozie Boo is set to launch 3rd quarter of this year.  Additionally, it was announced that Kabillion will be the distributor for both titles in the U.S. across all digital (AVOD, SVOD, EST) platforms. The announcement was made by Kabillion President & Splash Entertainment co-CEO Nicolas Atlan. Kabillion is owned by Splash Entertainment.

“While we are a world global distributor of our own productions, we are extremely pleased to associate with Kabillion and its talented team to further the digital penetration of two of our very successful brands on the U.S. market,” declared Pierre Sissmann, Chairman and CEO of Cyber Group Studios. “The opportunity to work with Pierre Sissmann and his team at Cyber Group Studios is a tremendous opportunity for Kabillion.  They have come to trust us as a digital distributor who understands the marketplace and they see Kabillion as the perfect platform for their children’s programming and a way to build awareness in the U.S. market,” commented Atlan. “With the success of this new venture we want additional independent producers and creative talent to know that they can count on us as a solid platform for their brands in the U.S.”

Mademoiselle Zazie takes viewers into the lives of seven-year old kids discovering how to solve problems in a grown-up world.  The show, while fun and quirky, follows Zazie and her friends as they come up with unique ideas on how to solve kids problems while understanding the grown-up world around them.

Ozie Boo is a fun and entertaining show about five penguins that embark on a series of adventures across their winter wonderland learning valuable life lessons along the way. With help from a host of characters throughout the animal kingdom, they discover how to live together and survive in each new environment.