Created specifically for preschoolers, Kabillion Jr. app for Android and iOS is now available in the U.S. 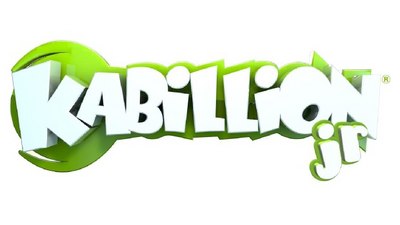 Los Angeles, CA -- Following a banner year in 2014 thanks to deals with Cablevision, FullBottle, and Base79, Kabillion, the only independently owned VOD network ranked among the Top 10 Kids Free On Demand networks in the U.S. and currently in over 50 million homes, announced today that the company has created its first mobile app branded “Kabillion Jr.” which launches today in the U.S.  Available for iOS and with a future launch on Android devices, this SVOD app targeted towards preschoolers, which will be free to download, will feature Kabillion’s leading programs, including Chloe’s Closet, Dive Olly Dive, as well as other new and classic animated TV series.  Parents can sign up for a monthly subscription to allow their kids access to hundred’s of hours of content from Kabillion. The announcement was made by Kabillion President & Splash Entertainment co-CEO Nicolas Atlan. Kabillion is owned by Splash Entertainment.

“As Kabillion’s TV audience continues to grow, it is important to provide them with multiple viewing options.  The Kabillion SVOD app will now allow our audience to view our content on the go,” stated David Di Lorenzo, VP of Sales and Digital Distribution for Kabillion.

“Kabillion is getting bigger and better everyday. Reaching 50 million homes last year was certainly a milestone for us,” commented Atlan. “Now with Kabillion Jr., our new SVOD app designed specifically for preschoolers 3-5 years of age, along with our Kabillion YouTube Channel, we are able to offer many of today’s favorite programs for kids of all ages. We have worked to implement a very strategic roll-out and this app is the next step in our future development.”

In addition to this new SVOD app, Kabillion manages the Kabillion YouTube Channel  and recently teamed up with Base79, the largest international multi-channel network, to expand Kabillion’s loyal audience and increase the popular kid network’s global viewership on the platform. Kabillion also partnered with FullBottle, the digital youth entertainment platform connecting advertisers with young audiences, whereby FullBottle and Kabillion are now selling multi-platform advertising and sponsorship campaigns on Kabillion.