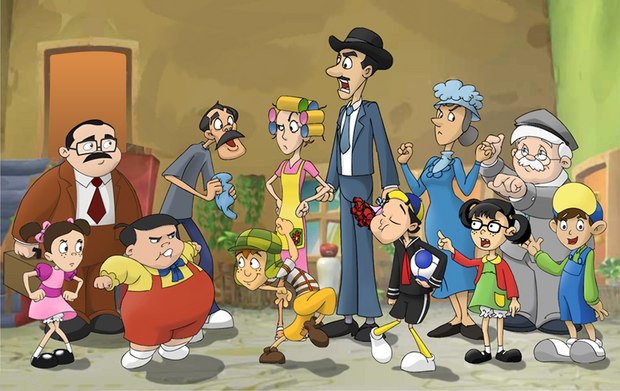 Having announced its distribution last year of Wendy and looking to expand its business model, Nicolas Atlan, Kabillion President & Splash Entertainment co-CEO, announced that Kabillion, the only independently owned VOD network ranked among the Top 10 Kids Free On Demand networks in the U.S. and currently in over 50 million homes, has secured distribution deals with DISH Network L.L.C. and Hulu for classic animated properties that originally aired in the U.S, on the Kabillion network.

These new partnerships mark Kabillion’s first distribution agreements with DISH and Hulu making the new distributor’s content immediately available on both platforms. DISH subscribers of the Heartland Package and the DISH Movie Pack may now instantly watch Televisa’s El Chavo (Mexico) and Red Kite’s Wendy (UK) in their Video-On-Demand library on their set-top-box or on-the-go via DISH Anywhere. Additionally, Hulu launched Wendy to its streaming platform.

“These new deals come as part of Kabillion’s expanded business model of bringing third party content into the U.S. market via Kabillion TV on Demand, building the audience, generating ad venue, and then monetizing the content through distribution on other digital platforms,” commented David Di Lorenzo, VP of Sales and Digital Distribution for Kabillion. Produced by Red Kite Wendy Limited for Wendy Promotions Limited, Wendy is the 26 x 24’ 3D CGI animated series aimed at 6-11 year olds. For the millions of girls around the world who love horses, Wendy charts the adventures of a teenage heroine and focuses on her equestrian centered life.  Living with her family at Rose Valley, the stables, riding school and stud farm owned by her father, Wendy and her friends get involved in many adventures. Wendy, who at just 15 is an accomplished rider and show jumper, experiences no shortage of drama – her life is full of gossip, friendships and romances which are the main themes of the program.

Produced by Televisa, El Chavo Animado is originally a Mexican animated series based on a live-action TV series El Chavo del Ocho, created by Roberto Gómez Bolaños. El Chavo, the most-watched television sitcom in Mexican history, made its debut on Mexican television in 1971. Kabillion has been airing the animated series El Chavo Animado since 2006 redubbed for an English-speaking audience. The story focuses around the adventures and tribulations of the title character, El Chavo, an orphan, and other neighborhood friends of a fictional housing complex. For almost 40 years, Bolanos' immortal character has been a source of laughter and entertainment for people throughout the Spanish-speaking world and a favorite of both young and old for generations.