Hair-raising comedy from ‘Shrek Forever After’ director Mike Mitchell featuring the voices of Justin Timberlake and Anna Kendrick is set to release on November 4, 2016. 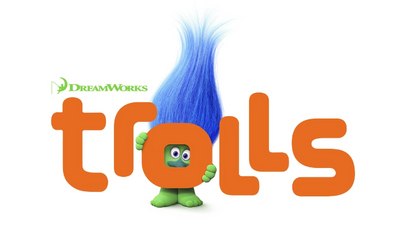 GLENDALE, CA -- Nine-time Grammy and four-time Emmy Award winner Justin Timberlake (The Social Network, Runner Runner, Inside Llewyn Davis) has signed on to star as Branch, a hilariously hardcore survivalist who hides his surprising true colors, in DreamWorks Animation's upcoming musical comedy Trolls. Joined by Academy and Tony Award nominee Anna Kendrick (Pitch Perfect, Up in the Air) as Princess Poppy, the two embark on a hair-raising adventure as the globally iconic Trolls make their motion picture debut. The film will be released on November 4, 2016, by 20th Century Fox.

Directed by Mike Mitchell (Shrek Forever After), co-directed by Walt Dohrn (Shrek Forever After) and produced by Gina Shay (Shrek Forever After), the film for the first time tells the story behind the beloved Trolls and their gravity defying and colorful manes. Setting out on an epic adventure that takes Poppy and Branch far beyond the only world they have ever known, their quest will test their strength and reveal their true colors -- with no shortage of musical mash-ups along the way.

Continuing to this day, the Troll doll phenomenon was born in 1959 when Danish fisherman and woodcutter Thomas Dam, too poor to afford a Christmas present for his young daughter Lajla, carved a doll for her based on the legendary Scandinavian troll. This modern-day Geppetto couldn't have imagined that the Troll dolls would soon become one of the biggest toy crazes of the 1960s. The Trolls experienced a resurgence in the 1990s and their uniquely endearing faces and shocks of colorful hair continue to capture the hearts and imaginations of fans around the world.