All-new episodes of the hit DreamWorks Animation adventure series find the kids forced deep into the jungle when T.Rex takes over Main Street; watch some teaser clips from the new season. 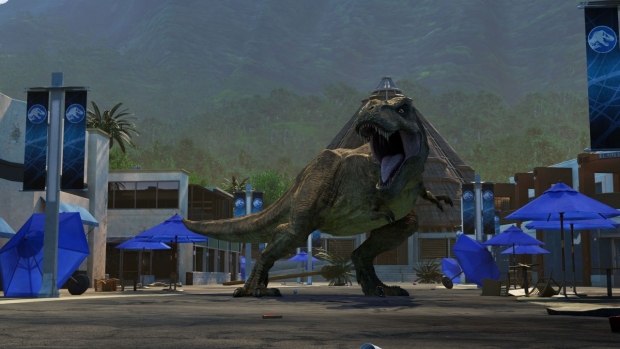 From DreamWorks Animation, Universal Pictures, and Amblin Entertainment, Jurassic World: Camp Cretaceous Season 2 is now available. Inspired by the Jurassic World franchise, the series follows six teenagers chosen for a once-in-a-lifetime experience at Camp Cretaceous, a new adventure camp on the opposite side of Isla Nublar. They must work together to survive when dinosaurs wreak havoc across the island.

Now stranded on an abandoned Isla Nublar, the campers struggle to survive among the wreckage of Jurassic World. As the T.Rex takes over Main Street, forcing the kids deeper into the jungle, the discovery that they may not be alone not only threatens their rescue but may uncover something more sinister.

Check out some Season 2 clips:

Things start to heat up when the campers notice a bonfire on the horizon of Isla Nublar! But will following the smoke signal lead them to safety? Or lure them deeper into the dangerous, dinosaur-filled darkness?

While searching for an emergency distress beacon, Darius and Kenji find themselves in the heart of the T-Rex nest. The stakes are higher than ever before as the campers must adapt and survive.

As Darius, Brooklyn, and Sammy search for supplies at a vet station, they encounter a group of dangerous Baryonyxes. As they flee, Darius must face a tough dinosaur dilemma: should he release the still-caged predators into the wild?

Darius and Kenji enlist the help of some seriously strong stegosauruses!