Netflix drops teaser trailer for next season of the popular DreamWorks Animation animated series based on the blockbuster Universal film, ‘Jurassic World.’ 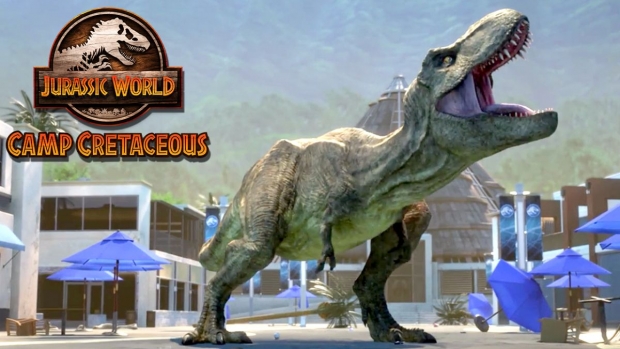 DreamWorks Animation has announced that Season 2 of Jurassic World: Camp Cretaceous will debut globally on Netflix in 2021. The first season, inspired by the multi-billion-dollar franchise from Universal Pictures and Amblin Entertainment, was set against the same timeline of the 2015 blockbuster film Jurassic World. The new season will find the stranded campers struggling to survive on Isla Nublar as the series charges forward beyond the events of the Jurassic World film.

Jurassic World: Camp Cretaceous follows a group of six teenagers chosen for a once-in-a-lifetime experience at a new adventure camp on the opposite side of Isla Nublar. But when dinosaurs wreak havoc across the island, the campers are stranded. Unable to reach the outside world; they will need to go from strangers to friends to family if they are going to survive.