Julian Lennon to ‘Touch The Earth’ with Gaumont

Musician and environmentalist pens a deal for animated TV series based on bestselling children's books. 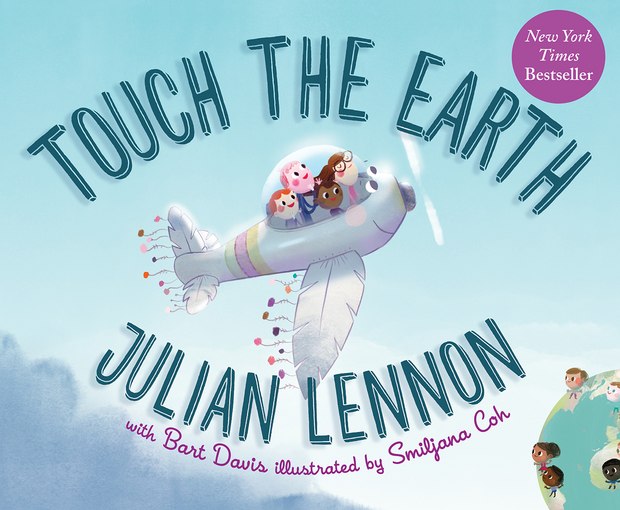 Gaumont has optioned the book series ‘Touch the Earth,’ written by Julian Lennon and Bart Davis, for an animated series.

The New York Times bestselling children’s book author Julian Lennon has penned a deal with Gaumont to produce an animated television series based on his series Touch the Earth and its April-releasing sequel, Heal the Earth.

The adventure preschool series will have themes of environmentalism and social issues running through the episodes in a fun, organic and compelling way. Lennon and his children’s book collaborator Bart Davis have signed on as executive producers.

“It is an exciting time as we engage in the process of connecting the right creatives to the project who will share the passion for the show’s messages and themes,” says Lennon. “I am truly enthusiastic about working with Gaumont and appreciate the sensitive energy and insight given the entire Touch the Earth series.”

Added Davis: "It’s a joy to extend our collaboration into a new form that will empower even more kids to take on some of our greatest challenges. We are delighted to partner with the vision and enthusiasm of Gaumont to bring our stories to children and parents everywhere."

Lennon and Davis will be working with Gaumont’s president of animation, industry veteran Nicolas Atlan; and the multitalented Terry Kalagian, senior VP of creative development for Gaumont’s animation and family division. Kimberly Dennison will be the executive in charge of development.

“We feel privileged to work with Julian Lennon and Bart Davis on such a creative and far-reaching project,” says Atlan. “Touch the Earth will surely inspire children everywhere to make a difference and show them how they can be the ones to change the world, one story at a time.”

Touch the Earth is illustrated by Smiljana Coh and published by Sky Pony Press.