Animated comedy about a girl who creates a fantasy world in which she never has to grow up will debut in 2019. 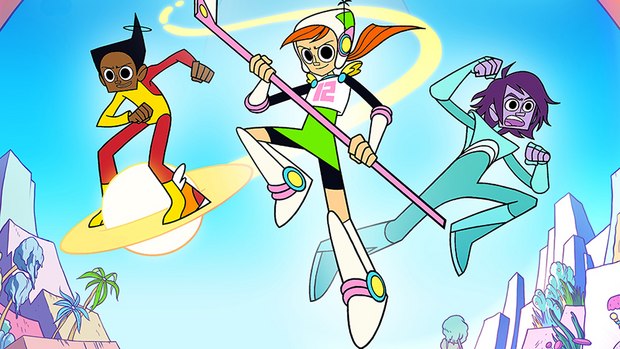 Julia Vickerman’s ‘Twelve Forever’ will begin streaming on Netflix in 2019.

Netflix has picked up Twelve Forever, an animated comedy series created by Julia Vickerman that will debut on the streaming service in 2019.

The series follows 12-year-old Reggie, whose desire to remain a child is so powerful it creates a fantasy world in which she never has to grow up, according to Variety.

The series was originally developed at Cartoon Network, where a pilot was produced and put online in 2015.

The new series will be produced by the Cartel and Puny Entertainment. Executive producers are Vickerman, Stan Spry, Bradford Bricken, Chris Hardwick and Shadi Petosky. Rhonda Cox is supervising producer and Susie Lewis is production manager.

“I am beyond excited that Twelve Forever has found a home on Netflix,” said Vickerman, whose credits include The Powerpuff Girls, Clarence and Yo Gabba Gabba! “This is a project that is very close to my heart and we’re so grateful for the opportunity to share Reggie’s world with everyone. Puny and the Cartel have assembled an incredible team of writers and artists and we can’t wait to bring this series to life.”