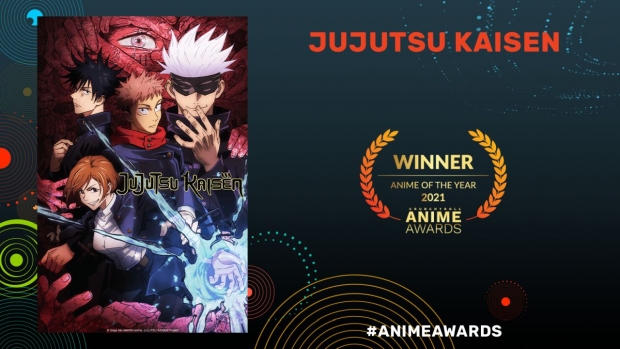 Horror action series Jujutsu Kaisen has been named Anime of the Year at Crunchyroll’s fifth annual Anime Awards. Critically acclaimed Keep Your Hands Off Eizouken! was honored as the best animation among many other stellar series taking home a slew of awards at the virtual ceremony held this past Friday evening.

This year, 15 million global votes were cast across 18 categories from fans saluting their favorite characters, series, and creators, far surpassing the 11 million votes cast in 2020. Winners were announced during a virtual event hosted by Tim Lyu and Crunchyroll’s beloved princess, Crunchyroll-Hime. The show will continue to be available to watch on Crunchyroll on-demand.

The Crunchyroll Anime Awards was sponsored by Princess Connect! Re: Dive, the latest addition to the Crunchyroll Games portfolio. Winners of this year’s Crunchyroll Anime Awards include:

You can find more about Crunchyroll at their homepage along with their Facebook, YouTube, and Twitch pages.