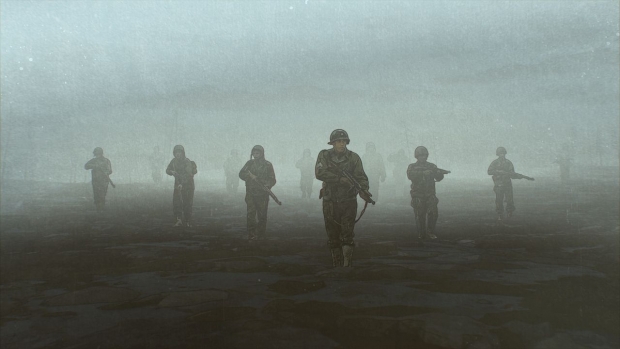 Last November 11, on Veteran’s Day in the U.S., after two years in development and another 20 months of production, Trioscope Studios’ gripping World War II animated drama The Liberator premiered on Netflix. The four-part animated miniseries is based on the true story of World War II infantry commander Felix “Shotgun” Sparks, who led the 157th Infantry Battalion of the 45th Division, an integrated, Oklahoma National Guard unit of white cowboys, Mexican Americans, and Native soldiers (over 52 tribes) drawn from across the west.

Written by Jeb Stuart (Die Hard, The Fugitive), directed by Greg Jonkajtys (Sin City, Pan's Labyrinth, The Revenant) and produced by A&E Studios, Unique Features and Trioscope for Netflix, the project was the first ever produced in Trioscope Enhanced Hybrid Animation (Trioscope EHA), a new patent-pending technology combining state-of-the-art CGI with live-action performance, designed to bring an unprecedented level of emotion and fidelity to the animated drama experience.  Jonkajtys developed the Trioscope technology together with partners L.C. Crowley and Brandon Barr. Crowley, along with Barr, serve as producers on the series.

Trioscope EHA was further developed and used by Polish VFX studio Juice to create an unprecedented style of CGI hybrid animation. The technology has brought a photoreal level of emotion to human faces and details to character movement and action. It made it possible to achieve a vivid 3D graphic novel look by blending 3D CGI painted environments, live-action footage, and traditional 2D animation. The result, according to the filmmakers, is stories of “unlimited scope and imagination, delivering all the escapism of CGI blockbusters and all the emotional resonance of big-budget drama at a fraction of the cost.” Now, we get a chance to go behind-the-scenes of the critically acclaimed series, meet some of the artists behind the projects, and see their live-action-to-animation workflow.  The featurette highlights some of the more interesting things the Juice team explored during the production. Michał Misiński (2nd Unit Director & Art Director) Katarzyna Jarzyna (VFX Producer), and Marko Zaric (VFX Supervisor) share their insights as they take viewers through the entire production process.

Take a few minutes to enjoy The Making of The Liberator:

Juice | THE LIBERATOR – Making Of from Juice on Vimeo.

You should also check out Juice’s detailed description of the production on their website.

Misiński and Jonkajtys met by chance in 2015. “I met Grzegorz Jonkajtys in 2015 at the Trojan Horse was a Unicorn Festival, where I was the Art Director, and a year later, he called me with the idea for a series,” Misiński explains. “Back then I didn't even expect that the random meeting at the creative festival in Portugal would suddenly lead to the production of the 4-episode series for Netflix, developing the new technology that allows us to keep what is most important - the emotions - in CG animation.”