The new film, from the team behind ‘Kapaemahu,’ follows the romantic adventures of a valiant island warrior, a handsome young man, and an octopus brought together by a twist of fate. 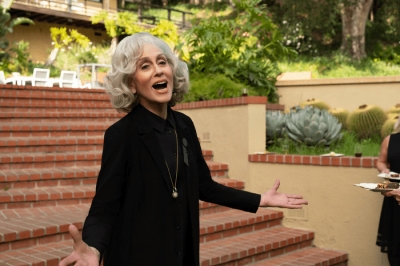 Judith Light (Who’s the Boss, tick, tick… BOOM!, Transparent) can now add “executive producer” to her impressive credit list, right alongside “Emmy and Tony Award winner.” Light is joined by executive producer Daniel Karslake and Hawaiian teacher and cultural leader Hinaleimoana Wong-Kalu on the animated short film Falling, alongside Kapaemahu filmmakers Daniel Sousa, Dean Hamer, and Joe Wilson. The seasoned star is in good company, as Kapaemahu was shortlisted for an Oscar in 2021.

“We are so thrilled to have Judith’s support behind this story,” stated Hamer. “The paths she has forged in her career and the passion and unending dedication she has always shown to uplifting the queer community create a unique opportunity for us to do something very special with this film.”

According to Variety, “Falling follows the romantic adventures of a valiant island warrior, a handsome young man and an octopus brought together by a twist of fate. The story is described as ‘an epic romantic adventure that instills hope in a time of rising prejudice and hate.’”

“This is a tale of the spirit, transformational and mystical in nature that resonates with love, courage, compassion, and community,” Light said in a statement announcing she’d boarded the project. “I am honored to be a part of this transcendent film that brings an inspirational message that love is love when it is so profoundly needed.”

While Sousa will most likely serve as animation director as he did on Kapaemahu, no word yet on when Falling will release.