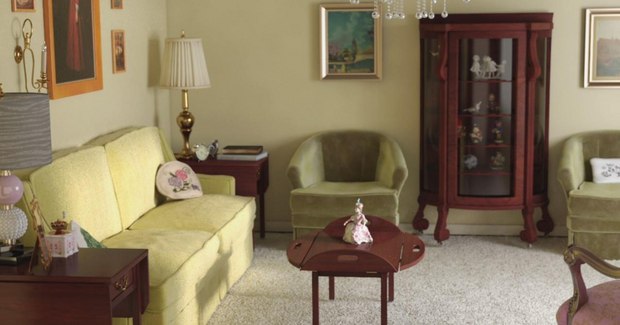 Still participating in the festival circuit, Proximity won best animated short at the New York City Short Film Festival, the Oxford Film Festival and the New Orleans Film Festival. The three-and-a-half minute short film is often mistaken for being shot live but, incredibly, it’s entirely CG except for two props: a feather duster and a hand.

The film explores the kitschy depths of love and betrayal between three porcelain figurines in a world where everything is fragile:

Cox is an award-winning director, designer, and filmmaker with a passion for pushing boundaries both creatively and technically. His body of work exhibits a unique style in terms of storytelling and pace, creating emotionally driven moments and stories out of the most ordinary.

“I love creating believable moments of fantasy within reality in order to take the viewer to a new undiscovered place,” Cox says. “There is magic in creating compelling narratives mixed with visual effects and design. CG is the perfect platform for experimentation and inspiration - to create something never before seen in the natural world.  There are no boundaries or borders to contend with. You have the ability to design every aspect of the image without limits.”

Cox most recently directed a Nike spot for Wieden & Kennedy as well as title sequences for The One Show and two music videos for the band STRFKR. Bent Image Lab represents Joshua Cox for commercials and design in the U.S. and internationally.