Other featured talks at VIEW 2015 to include Blue Sky’s Scott Carroll on ‘The Peanuts Movie,’ Pixar’s Kim White on ‘Inside Out’ and Sony’s Michael Kurinsky on production design for ‘Hotel Transylvania 2.’ 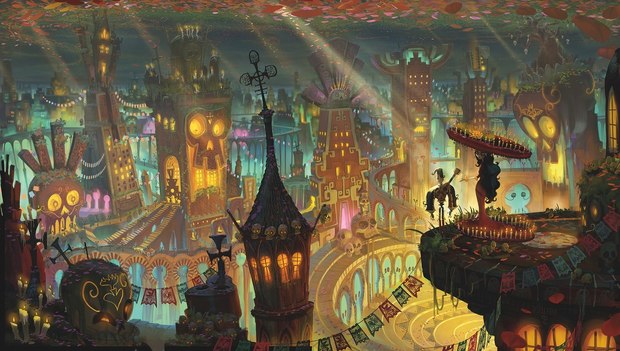 Celebrating its 16th year of bringing top talent and remarkable visionaries to Turin, the 2015 VEW Conference will be held October 19-23, preceded by the annual VIEWFest digital film festival running October 16-18. This year’s edition will include a keynote address from Book of Life director Jorge Gutierrez. In the talk, entitled “Every Picture Tells a Story,” acclaimed director Gutierrez will take the audience on a wild 25-year journey from his Emmy-winning student film, his first animated web series for Sony, various TV pilots for Disney, his Nickelodeon series El Tigre, The Adventures of Manny Rivera, ending on his first feature film, The Book of Life, for Reel FX and 20th Century Fox.

Other featured talks at VIEW 2015 include Blue Sky’s Scott Carroll on The Peanuts Movie and its journey from comic strip to feature film; Pixar’s Kim White on the challenges of lighting for this summer’s animated hit, Inside Out; and Sony’s Michael Kurinsky on production design for the forthcoming Hotel Transylvania 2.

Christopher Townsend, the VFX Supervisor for Marvel’s Avengers: Age of Ultron will also be hand to deliver a presentation about the design, development, and implementation of some of the key characters in the movie. Some of those characters, like The Hulk, have been on screen before, so this will show how the filmmakers have taken what they’ve learned, and how they’ve developed him further. Others, like Pietro, Wanda and Vision, are new to the Marvel Cinematic Universe, and the processes of creation are as unique as the characters themselves. Special attention will be paid toward the title character in the film, Ultron, where Townsend will delve into his origins, his intelligence, and how he goes from his broken down initial incarnation, to his ultimate development as Ultron Prime.

Computer animation and video game pioneer Glenn Entis, one of the three original co-founders of Pacific Data Images, will  present “The Spirit and Stories of PDI,” chronicling the history of one of the longest-running CG studios in the business and its demise.

Check out the full lineup of talks at www.viewconference.it/talks.