During Comic-Con panel, showrunner explains decision on integrating live-action with comic-style toon-shaded animation to finish episode halted due to the novel coronavirus. 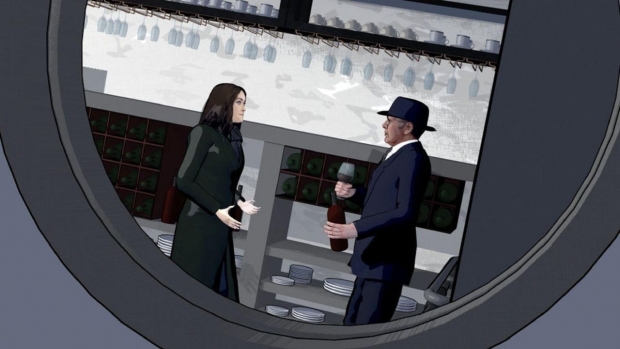 Necessity is the mother of invention. As the COVID-19 pandemic rages throughout the world, many industries have stopped production, and businesses have gotten very creative in order to remain operational. The entertainment industry has been especially hard hit, with movie and TV show productions halting prematurely.  While many projects have simply been put on hold, The Blacklist producers had a different idea: animation. When shutdowns began, the show’s seventh season had half of episode 19 in the can, with three more planned. The story couldn’t end at episode 18, but neither could any new live-action scenes be filmed.

At their San Diego Comic-Con at Home panel this past Thursday, The Blacklist creators delved into the creative process behind their surprising half-animated episode 19 season finale that premiered May 15th. The Blacklist’s creator and showrunner Jon Bokenkamp shared, “My first bad idea was when we were talking about, how do we fill in the gaps? We were talking about the comic books...and I remember thinking, John [Eisendrath], I have comics in my office there. You're near Paramount. Maybe you could go in and pick up the comics and we could send him to somebody with a camera and they could point the camera at the comics. And when we hear Red talking, we would see Red's picture. When we hear Ressler talking, we'd see Ressler's picture, and we'd steal images from these. And we sat on that for a little bit and ultimately John was like, ‘Why don't we just animate what we don't have and finish it?’ which would also allow us to sort of rewrite the scenes, you know, that weren't shot yet. We had a little bit of liberty to make adjustments in the stuff that wasn't yet filmed.”

“If we had known how much work it takes to do it, we never would have suggested it,” executive producer John  Eisendrath said during the panel. The production team partnered up with visualization company Proof to create the missing episode 19 scenes. As AWN shared back in May, Proof utilized a mix of toon-shaded 3D animation and real-time computer graphics to achieve the final look, with only five weeks to finish month’s worth of work. The visuals were created remotely, while the actors recorded all dialogue and VO in their own homes.

Depending on how long lock-downs remain in effect, we might be seeing any number of similar creative solutions. Or perhaps it will usher in a new era of hybrid live-action / animation. Only time will tell.