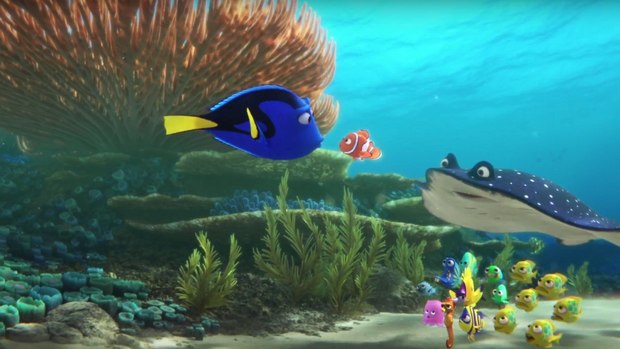 In a new twist, the second clip was made available online via Google. In an experiment with Google Search -- a first for any film -- anyone searching for “Finding Dory” on Google will be presented with new and exclusive Finding Dory content, including videos, animated GIFs and images, updated in real-time on both desktop and mobile.

This is the first time a film has utilized this experimental tool in Google Search and Disney will continue to debut exclusive content from Finding Dory throughout the release window, including clips, featurettes and videos featuring talent from the film.

A sequel to 2003's Finding Nemo, Finding Dory picks up six months after the events of the first film and finds Dory (Ellen DeGeneres) living a quiet life with the clownfishes.  After accompanying Nemo (Hayden Rolence) on a class trip to see the manta rays migrate back home, her homesickness leads the forgetful blue tang fish on a quest to find where she came from.