Join ‘The Man in the Mangroves’ Animated Short Launch Party

May 22 virtual event will celebrate start of production on 12-minute film, based on a Donna Decker poem, from Pixar co-founder Ralph Guggenheim, Oscar and Emmy winner James ‘Andy’ Moorer, and Caitlin Hargarten and Sam Blake Thompson of Squawk Productions. 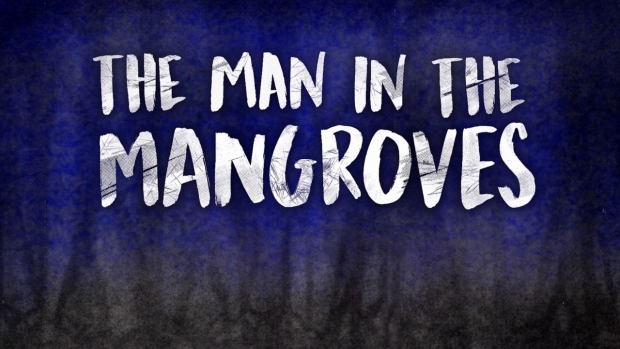 SAN FRANCISCO - An innovative combination of music and animation will be unveiled on May 22 at a virtual launch event. The Man in the Mangroves, a 12-minute short film, will celebrate the start of production at an online party on May 22 at 6pm ET via Zoom.

The Man in the Mangroves is an animated short film, based on a digital music score which in turn, is based on a poem. Florida poet Donna Decker wrote, “The Man in the Mangroves Counts to Sleep,” depicting her fictionalized encounter with a homeless mathematician living in a Key West mangrove swamp. Emmy and Academy Award winner, James “Andy” Moorer, spent two years applying speech synthesis and computer music techniques to score Decker’s poem, composing a 12-minute opera-novella from her work. “I was taken with the layers of meaning in Donna's poem,” he says. “I created this music to echo that complexity and make explicit what is often implicit in the words. Through overlays of differing tone colors, I wanted to convey in music the intricacy of Donna's writing.”

When the composition premiered at Stanford University in 2019, producer Ralph Guggenheim and Moorer discussed adding animation to raise this musical and poetic work to its full impact. Joining forces on the project are Caitlin Hargarten and Sam Blake Thompson of the Minneapolis animation studio Squawk Productions. The team has been developing the film for the past year. “Caitlin and Sam’s unique animation work on the film Lure of the North gave us a vision for how we would like to realize The Man in the Mangroves,” says Decker.

On May 22, 2021 at 6:00 p.m. ET/5:00 CT/3:00 PT, the team will present a free and lively showcase of the work in progress as a one-hour Zoom event. A reading of the poem, and demonstration of the musical composition will accompany a preview of the animation in its early stages. “Working with Donna and Andy at Squawk Productions is a great creative collaboration," says Guggenheim. "As we move from storyboard to animation, I know that this team will produce a remarkable film work."

To sign up for the launch party, go to www.mangrove-man.com.

The Man in the Mangroves is partially supported by the Florida State Council on the Arts in conjunction with the Tallahassee Writers Association. A Kickstarter crowdfunding campaign is also being launched in support of the project. Given the Florida-based story and subject matter, the team is donating 5% of all Kickstarter funds to Tallahassee’s Big Bend Homeless Coalition, which helps those experiencing homelessness.

Dr. Donna Decker is an award-winning former English Professor from the University of Wisconsin at Stevens Point and a former faculty member of Florida State University where she received her Ph.D. in English. She is the author of the poetry book, Under the Influence of Paradise: Voices of Key West. An active member of the Tallahassee writing community since the 1980’s, she has been a board member of Tallahassee’s long-standing critically acclaimed poetry press - Anhinga Press - and is a current member of the Tallahassee Writers Association.

Dr. James A. Moorer is a Florida native and internationally known figure in digital audio and computer music, known as the “father” of the digital audio workstation, and winner of an Emmy award and an Academy Award "for his pioneering work in the design of digital signal processing and its application to audio editing for film.” He is known as the “father” of the digital audio workstation. Moorer is also the composer of the THX “Deep Note” - THX’s sonic logo, the most widely recognized piece of pure computer-synthesized sound in the world, heard daily in thousands of movie theaters around the world. The Man in the Mangrove Counts to Sleep builds on Moorer's pioneering work in computer music and more specifically in the use of computer speech synthesis for music.

Ralph Guggenheim is a co-founder of Pixar, where he was Vice President of Feature Animation and producer of Toy Story, the first fully computer-animated feature film. He is a Golden Globe nominee and PGA award winner. Following Pixar, he produced interactive online games at Electronic Arts before co-founding Alligator Planet, a San Francisco-based animation studio.