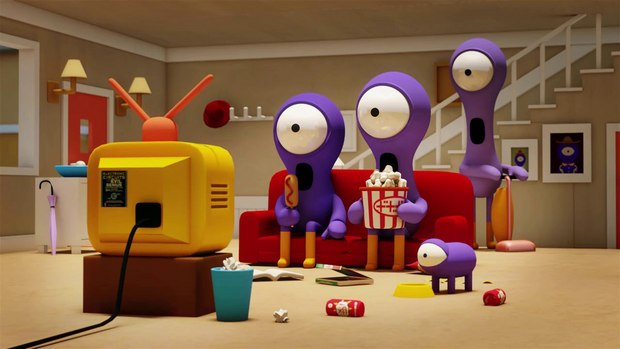 New York, NY -- After presenting four weekends of international films for ages 3-18, New York International Children’s Film Festival concluded its 18th edition at its annual Closing Night Celebration Monday night at the DGA Theater. The celebration included the presentation of the 2015 Festival Awards and a screening of the best short films from this year’s lineup.

Determined by voting from audience members who are age 18 and younger, Grand Prize Awards were presented to one short film and one feature film. Johnny Express (South Korea), directed by James Woo, was awarded the Grand Prize for a short film. The film, which played in the Festival’s “Short Films Two” program, also took home the Audience Award (ages 3-6).

The Grand Prize Award for a feature film was presented to Belle and Sebastian (France), directed by Nicolas Vanier. Based on a 1965 French novel by Cécile Aubry, the story of a young boy and his dog in a small Alpine village in 1943 was so popular it inspired a live action TV series in France and an animated TV series in Japan before its big screen adaptation.

The Jury Award for Best Animated Short was presented to Johnny Express, marking the film’s third win of the night.

The Jury Award for Best Live Action Short was presented to Marina’s Ocean (Brazil), and accepted by director Cássio Pereira Dos Santos. The short made its New York premiere in the Festival’s “Girls’ POV” short film program, which is supported by The Academy of Motion Picture Arts and Sciences.