A psychedelic scrapbook of things past, the video is an unsettling mix of vintage photography, video footage and motion effects. 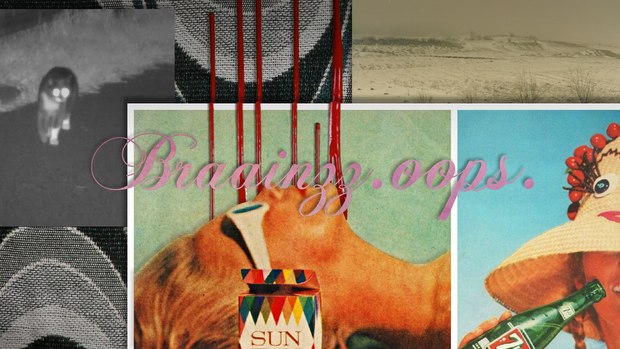 Artist and animator Johnny Chew recently completed a new music video for “oops” from the “Hangin' with Mr. Cooper” EP by Los Angeles-based lo-fi band BRAAINZZ. A psychedelic scrapbook of things past, the video is an unsettling mix of vintage photography, video footage and motion effects.

“Using found media to put ‘oops’ together made the whole process built around many failed attempts. For each shot in the final video there are three or four shots that just didn't work out,” Chew tells AWN.

“Each shot is its own After Effects project that uses many layers and masks built up subtly to create a visual that is supposed to seem simple,” he explains. “Most of the animation done is behind the scenes using masks to remove or add the imagery. The other animation is done by hand, without using After Effects' tweens, to try to remove the ‘computer-y’ feel and give it a little more of a cut out, collage feeling. The simpler use of the animation is to try to create a dream like quality that lives somewhere between a still image and animation. Oh, and rug catalogs, lots and lots of rug catalogs.”

Since 2006, Chew has worked with companies like TedEd, Toyota, Rocket Girl Records, Sesame Workshop, Cinemax, Nintendo and PBS, as well as acclaimed documentary maker Jamie Meltzer. He currently teaches Animation at the Massachusetts College of Art and Design in Boston.