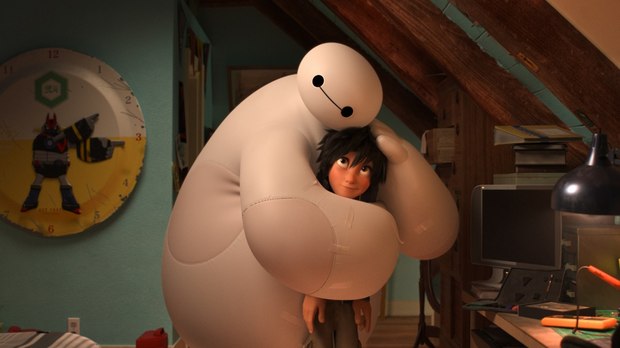 LOS ANGELES, CA -- Actress Michelle Rodriguez, actor Jason Mitchell and Oscar-winning director John Lasseter, along with Roy Conli, Don Hall and Chris Williams, the producing and directing team behind the Animated Feature Film Oscar winner Big Hero 6, will be presenters at the Academy of Motion Picture Arts and Sciences’ 42nd Student Academy Awards on Thursday, September 17, at 7:30 p.m. at the Samuel Goldwyn Theater in Beverly Hills. The awards ceremony caps a week of industry activities for the 15 winning student filmmakers from the U.S. and abroad.

Rodriguez is a versatile actress whose breakout performance in Girlfight (2000) garnered her numerous awards, including an Independent Spirit Award for Best Debut Performance as well as a National Board of Review Award for Breakthrough Performance-Female. She went on to star in the multi-billion dollar Fast and Furious franchise. In addition, Rodriguez has starred in such film and television projects as Avatar for director James Cameron, Machete and the sequel, Machete Kills for director Robert Rodriguez, Lost, Blue Crush, S.W.A.T., Resident Evil, and Battle Los Angeles, and has voiced a character in the DreamWorks animated film, Turbo.

Lasseter, the chief creative officer of Walt Disney and Pixar Animation Studios, made his feature directing debut in 1995 with Toy Story, the world’s first feature-length computer-animated film and the first animated film to be nominated for an Original Screenplay Oscar. In addition to sharing that nomination, he received an Academy Special Achievement Award recognizing his inspired leadership of the filmmaking team. Lasseter also directed the features A Bug’s Life (1998), Toy Story 2 (1999), Cars (2006) and Cars 2 (2011). He won an Oscar in 1988 for the animated short Tin Toy and is the only two-time Student Academy Award winner for Animation, for Lady and the Lamp (1979) and Nitemare (1980), both of which he made while studying at CalArts. He is currently directing Toy Story 4.

Conli, Hall and Williams took home Oscars as the producer and directors, respectively, of the 2014 Animated Feature Film winner Big Hero 6. All three have been with the Walt Disney Animation Studios since the 1990s. Conli has served as producer or co-producer on The Hunchback of Notre Dame (1996), Treasure Planet (2002) and Tangled (2010). Hall started as a story apprentice on Tarzan (1999), rose to head of story on Meet the Robinsons (2007) and The Princess and the Frog (2009), and directed his first animated feature, Winnie the Pooh, in 2011. Williams was an integral member of the story team on Mulan (1998) and The Emperor’s New Groove (2000). He received his first Oscar nomination for Animated Feature Film for Bolt (2008), his feature directing debut with Byron Howard.

A complete list of this year’s Student Academy Award winners can be found here.

The 42nd Student Academy Awards ceremony is free and open to the public, but advance tickets are required. Tickets may be obtained online at oscars.org. Any remaining tickets will be made available at the door on the evening of the event. The Samuel Goldwyn Theater is located at 8949 Wilshire Boulevard in Beverly Hills.