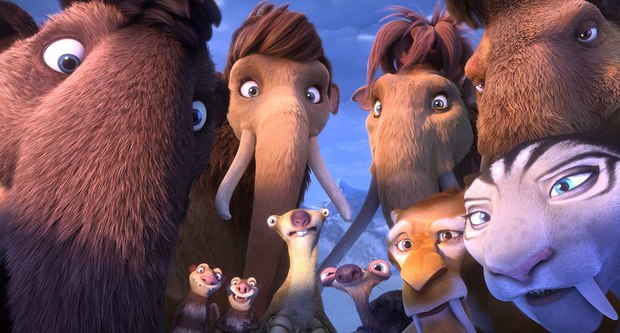 “When I got the call to be a part of Ice Age: Collision Course, I was thrilled,” said Debney. “With a spirit of fun and great collaboration, we tried to create a score that is fun, a little outer spacey, and of course: full of heart.” Debney also scored The Jungle Book currently in theatres.

In Ice Age: Collision Course, Scrat’s epic pursuit of the elusive acorn catapults him into the universe where he accidentally sets off a series of cosmic events that transform and threaten the Ice Age World. To save themselves, Sid, Manny, Diego, and the rest of the herd must leave their home and embark on a quest full of comedy and adventure, traveling to exotic new lands and encountering a host of colorful new characters.

“I’m a huge Ice Age fan and have been since the first film a few years back,” Debney stated. “Anchored by Scrat’s crazy adventures, the Ice Age stories always seem to warm the hearts of millions around the world.”

Academy Award-nominated John Debney seemed destined for a career in Hollywood. The son of Disney Studios producer Louis Debney, John grew up in nearby Glendale, where he began guitar lessons at age six and played in rock bands in college. He began scoring Television projects as diverse as Star Trek: The Next Generation, A Pup Named Scooby-Doo and Sea Quest DSV, for which he won an Emmy for Best Main Title. In 1993 he secured his first studio feature film, the Disney comedy Hocus Pocus starring Bette Midler.

Although Debney had built an industry reputation as a talented film composer, with films such as The Princess Diaries 1&2, Raising Helen, Spy Kids 1&2, Elf, and Bruce Almighty, it was in 2004 that the rest of the world discovered him. Blending symphonic orchestra, a wide range of world instruments and the beauty of the human voice, Debney’s landmark score for The Passion of the Christ earned him an Academy Award nomination, a Gold record and a Dove award. Debney continues to receive accolades for his outstanding work, including a Prime Time Emmy nomination for his work on the miniseries Hatfields and McCoys. In 2005, he became the youngest recipient of ASCAP's prestigious Henry Mancini Lifetime Achievement Award. John Debney’s recent accomplishments include scoring the Steve Job’s biopic Jobs, Houdini, Draft Day, Stonehearst Asylum, The Spongebob Movie: Sponge Out Of Water, and Disney’s The Jungle Book.

“To now be a small part of the ‘family’ is a unique joy,” Debney added. “My friends at Blue Sky have yet again created a film of great heart as well as hilarious hijinks. The characters are timeless.