Awards ceremony held on Thursday, September 22 at the Samuel Goldwyn Theater in Beverly Hills caps a week of industry activities for the 17 winning student filmmakers from the U.S. and abroad. 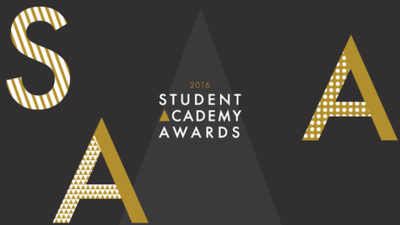 BEVERLY HILLS, CA -- Actors Joel Edgerton, Lucy Liu, Daisy Ridley and Parker Sawyers will be presenters at the Academy of Motion Picture Arts and Sciences’ 43rd Student Academy Awards on Thursday, September 22, at 7:30 p.m. at the Samuel Goldwyn Theater in Beverly Hills. The awards ceremony caps a week of industry activities for the 17 winning student filmmakers from the U.S. and abroad.

Edgerton is an Australian actor whose films include Kinky Boots (2005), Animal Kingdom (2010), Zero Dark Thirty (2012), The Great Gatsby (2013) and Black Mass (2015). He will next be seen in Loving, to be released in November. In 2015 he wrote, produced, directed and starred in the psychological thriller The Gift, which earned him a Directors Guild of America nomination for Outstanding Directorial Achievement by a First-Time Feature Film Director.

A native New Yorker, Liu currently co-stars on the drama series Elementary on CBS. Her film credits include Charlie’s Angels (2000), Chicago (2002), Charlie’s Angels: Full Throttle (2003), Kill Bill – Vol. 1 (2003) and the Kung Fu Panda series of animated films. In 2008 she produced and narrated the documentary short The Road to Traffick, followed by the feature-length documentary Redlight (2010). Liu made her directorial debut with the narrative short Meena, based on the true story of sexual slavery survivor Meena Haseena, which premiered in New York City in 2014.

English actress Ridley is best known for her breakthrough role as Rey in Star Wars: The Force Awakens (2015). She has since voiced the lead role of Taeko in the 25th anniversary re-release of Studio Ghibli’s classic animated film Only Yesterday, which opened earlier this year. She also served as an executive producer and narrator on the documentary The Eagle Huntress, which premiered at the 2016 Sundance Film Festival and is being released this October. Ridley’s upcoming projects include Episode VIII of Star Wars, which will be released in December 2017, and the supernatural drama Kolma from director Marielle Heller.

Sawyers, a native of Indianapolis, began his career with the Helen Wells Agency as a model and commercial actor. After being cast in such notable features as Hyde Park on Hudson (2012) and Zero Dark Thirty (2012), Sawyers landed his first lead role, as Barack Obama in the recently released Southside with You (2016). He can be seen in several upcoming features, including Snowden, directed by Oliver Stone, The Autopsy of Jane Doe and Megan Leavey.

A complete list of this year’s Student Academy Award winners can be found here.

The 43rd Student Academy Awards ceremony on September 22 is free and open to the public, but advance tickets are required. Tickets may be obtained online at oscars.org. Any remaining tickets will be made available at the door on the evening of the event. The Samuel Goldwyn Theater is located at 8949 Wilshire Boulevard in Beverly Hills.