Son of the stop-motion pioneer contributed as a writer and producer for projects starring his father’s creations. 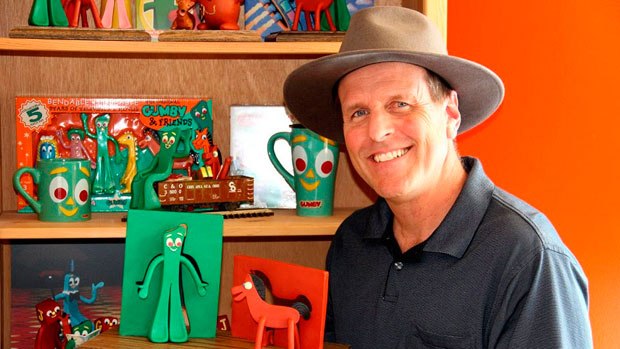 Joe Clokey, who managed the Gumby and Davey and Goliath animated characters created by his father Art Clokey, died in March at the age of 56.

Joe Clokey, caretaker of the Gumby franchise created by his late father Art Clokey, died March 2 in Santa Barbara, Calif., after a cardiac arrest, according to The Hollywood Reporter. He was 56.

An environmentalist known throughout his life as “Gumby’s Little Brother,” Clokey graduated Cal Poly San Luis Obispo with a degree in horticulture. He wrote, directed and produced hundreds of educational films and distributed them through his San Luis Video Publishing company.

Since his father died in 2010 at the age of 88, Clokey and his wife have been running Premavision/Clokey Productions, the company under which Art Clokey created and produced Gumby content, as well as content for the Davey and Goliath characters.

In addition to remastering the Gumby library and promoting the character in multiple markets, Clokey also was the lead writer and producer on the 2004 special Davey and Goliath's Snowboard Christmas, and was a story consultant on the 2006 documentary Gumby Dharma. He and his wife, Joan Rock Clokey, wrote the pictorial biography Gumby Imagined: The Story of Art Clokey and His Creations, which was published in November.

Donations may be made to the Sierra Club, to the California Native Plant Society or to the Dorothy Parkander Chair in Literature at Augustana College in Rock Island, Ill.