Television producer and writer to be honored at Children’s Awards ceremony on November 22. 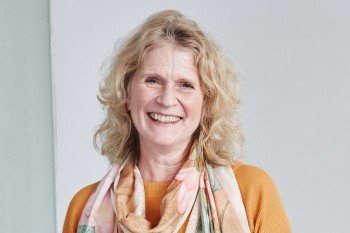 LONDON -- The British Academy of Film and Television Arts announced that award-winning television producer and writer Jocelyn Stevenson will be presented with the Special Award at this year’s British Academy Children’s Awards on November 22nd at the Roundhouse in London. The Special Award recognizes an individual’s outstanding contribution to children’s media and the entertainment industry.

“We are delighted that Jocelyn Stevenson is this year’s Special Award recipient,” said BAFTA’s Children’s Committee chair Helen Blakeman. “In the 20th anniversary of BAFTA’s Children’s Awards, Jocelyn has been integral to the children’s television, film and games industry over that time, creating well-loved favourites and iconic brands. All her work has one thing in common, creative excellence.”

Stevenson has worked in children’s television for over 30 years as a writer, creator, producer and executive producer. She started her career on Sesame Street and worked for many years as a writer and producer for the Jim Henson Company. She was also Chief Creative Officer at HIT Entertainment, Creative Director at TT Animation and Executive Creative Producer for film and television projects at Mind Candy. From 2001 to 2009, Stevenson served as a council member and chair on BAFTA’s Children’s Committee.

“Thank you so much to BAFTA,” Stevenson commented. “I’m thrilled, grateful and honored to be accepting this award. I have been privileged to have worked with some of the most talented people in the industry throughout my career, and I look forward to celebrating with them on such an exciting night.”

The 20th British Academy Children’s Awards will be hosted by Doc Brown at the Roundhouse in Camden on November 22nd.