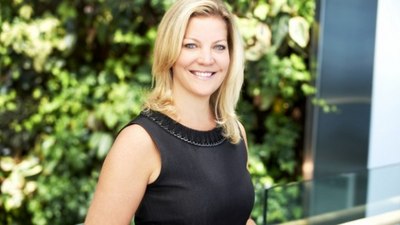 TORONTO -- Entertainment One Television (eOne Television) has announced the appointment of Jocelyn Hamilton to the role of President, Canada, eOne Television, effective September 8, 2015.

In her new role, Hamilton will lead strategic planning and day-to-day management of the independent studio’s television development and production activities in Canada. Working in tandem with eOne Television leadership globally, she is charged with ensuring that eOne continues to deliver world-class scripted and unscripted programming from Canada for distribution across the globe and maintains its leading position in the Canadian market.

Bringing over 25 years of creative and business experience in the entertainment industry to eOne, Hamilton will build and broaden strong relationships with creative talent as well as Canadian broadcasters.

“We are delighted to welcome Jocelyn to our team. Her wide-ranging knowledge and relationships across development, production, and broadcast and cable networks, combined with her strategic leadership experience and creative and business acumen, make her distinctly-qualified to lead our Canadian business,” said eOne CEO John Morayniss in making the announcement. “This is a very important time for the Canadian creative brand and for our industry to showcase Canadian talent on a global basis. With Jocelyn on board, we are looking forward to securing more value-driven creative partnerships that will offer new opportunities to content creators in Canada.”

Headquartered in Canada, eOne remains steadfast in its commitment to Canadian television programming and production. The Company delivered over 381 half-hours of programming from Canada last year including epic miniseries The Book of Negroes, and fan-favorite series Rookie Blue, Bitten, Haven and Saving Hope.

“I’m thrilled to be joining the eOne team at such a dynamic time in our industry,” Hamilton said. “Over the last few years, eOne has charted the course for independent studios and shown the industry that high quality content can truly be global. Canada is a core element of their content strategy and I am delighted to be leading the charge.”

Most recently, Hamilton served as Vice President, Programming & Original Productions for Corus Kids, where she was responsible for content strategies, programming and affiliated and independent original productions. She held a number of other roles at Corus Entertainment over the years, which included overseeing Comedy and Drama original programming for Corus’ specialty networks, as well as Movie Central and HBO Canada. During her tenure she was responsible for commissioning successful scripted series including Call Me Fitz, Less Than Kind, Rogue, Sensitive Skin, and Transporter, and unscripted series Cache Craze, Survive This!, and The Next Star, among many others. A staunch supporter of Canadian talent, Hamilton serves on key industry boards and advisory committees including WIFT-T, Academy of Canadian Cinema & Television, Ryerson University RTA School of Media and The Banff World Media Festival.