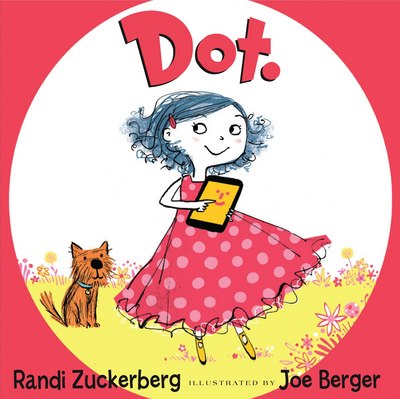 The company plans to develop the property into a 52 x 11’ animated television series targeting the bridge market of children ages 5 to 9-years-old.  Lisa Henson, CEO of The Jim Henson Company, Stanford and Zuckerberg will serve as Executive Producers on the project. Stanford will meet with potential partners at the upcoming Kidscreen Summit in New York City.

In this new picture book, Dot is a spunky little girl well versed in electronic devices. Dot knows a lot. She knows how to tap . . . to swipe . . . to share . . . and she pays little attention to anything else, until one day Dot sets off on an interactive adventure with the world surrounding her. Dot's tech-savvy expertise, mingled with her resourceful imagination, proves Dot really does know lots and lots.

Commented Stanford, “Dot attracted us on many levels.  First off, we love the character Dot!  She has blue-curly hair, is funny, creative, chatty, and extroverted – a super role model for kids around the world.  We are excited to work with Randi Zuckerberg and have the opportunity through Dot to teach kids how to be digital citizens; to encourage technology to be a part of their lives in a creatively fulfilling and positive way.  Dot is a modern kid and we intend to produce a fun and forward thinking series that encourages the combination of a child’s traditional play and digital experiences.”

“When writing the book, it was important to me that the lead character be a tech-savvy girl, as I believe passionately in encouraging and inspiring young girls to develop an early love and appreciation for technology, math and sciences,” said Zuckerberg. “A big step towards making this a reality is developing exciting, pop culture shows that entertain and educate early on. But have no fear, Dot will be surrounded by a diverse group of friends that will give the show and cast of characters a broad appeal. I have no doubt that The Jim Henson Company is the perfect, creative team to bring my beloved Dot and friends to life.”

Randi Zuckerberg is also editor-in-chief of Dot Complicated, a modern lifestyle community and blog. She was an early employee of Facebook where she pioneered live streaming initiatives and struck groundbreaking deals with ABC and CNN. She has been nominated for an Emmy and is ranked among the "50 Digital Power Players" by the Hollywood Reporter.

Joe Berger is a children's author, illustrator, and cartoonist.  In 2011, he was a winner of Booktrust's “Best New Illustrators” Award.