The ‘MetaQuest: Walkabout Mini Golf’ creators invite fans of the 1986 classic fantasy film to the VR Goblin Kingdom to… tee up! Coming Summer 2022. 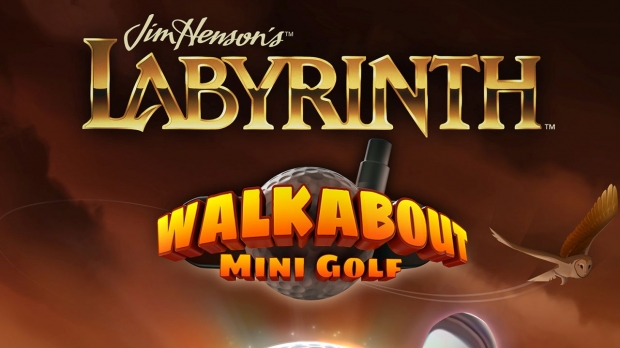 The Jim Henson Company is teaming up with Mighty Coconut (creator of MetaQuest: Walkabout Mini Golf) to develop a 36-hole VR mini golf course set in the world of Jim Henson’s 1986 classic fantasy film Labyrinth, which starred the late music legend David Bowie. It will be available on MetaQuest, Steam, and forthcoming VR platforms Summer of 2022 and will feature family-friendly gameplay with realistic physics, and beloved creatures from the film. Labyrinth is especially suited to VR, allowing the game’s creators to transport fans right into the world of creatures, faeries and goblins so memorably brought to life by Jim Henson's Creature Shop.

“The fantastical world of Labyrinth has intrigued generations of fans who are invited to explore this virtual reality mini golf course that will take players right inside the Goblin Kingdom,” shared The Jim Henson Company head of Consumer Products, Melissa Segal. “People will be able to explore the world Jim Henson created, encounter the creatures from the film, and have friends from all over the world join them in the fun—all around the inclusive game of mini golf!”

The base game of Walkabout Mini Golf includes eight distinct courses, which each include 36 holes. Mighty Coconut is subsequently releasing individual add-on courses as downloadable content (DLC)—currently numbering at three with more in the works. Walkabout Mini Golf: Labyrinth will be a DLC course for the popular game but will ‘level up’ on features and interactivity.

The game will be vivid, challenging, character-filled, and richly realized course for players where they can escape, explore, and play solo or rendezvous with up to four other players for 18 easy mode and 18 hard mode holes—complete with iconic Labyrinth creatures, settings, and obstacles. There will also be 18 lost balls to collect and a “fox hunt” scavenger expedition as well as expansive mazes and gardens to discover. “We’re so thrilled to be working with The Jim Henson Company for our first licensed course… they have been terrific partners, helping us stay true to the original Labyrinth, while also allowing us to have fun and be inventive as we create what is basically an entire virtual theme park, with a mini-golf course attached,” noted Mighty Coconut executive producer and head, Lucas Martell.

This partnership adds to Mighty Coconut’s growing, virtual mini golf ecosystem—a shared virtual space where fans can spend hours creating memories inside their favorite entertainment places, collecting themed souvenirs, and expressing themselves in new ways. The strategy is pioneering a novel approach to what some are calling the “metaverse” by partnering to design expansive themed attractions for intellectual property seeking engaged audiences.