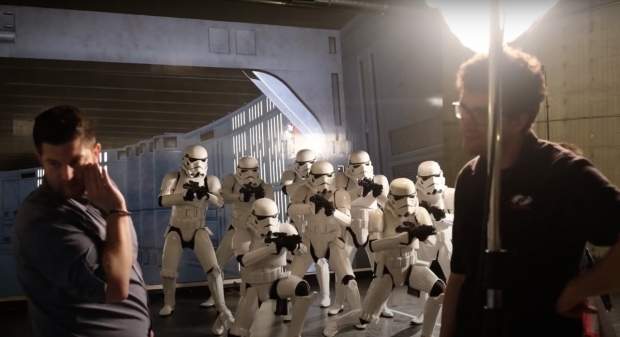 Creative storytelling group Jetstreak Ink has teamed up with the XR technology company ARwall on the fan film Legacy of the Mandalorian, the last installment of its trilogy. With access to the same tools and technology used for The Mandalorian, the production had true interactive lighting within different virtual environments.

Watch the trailer for Legacy of the Mandalorian, set to be released in early 2023:

“The ability to go to certain places and use these sets has just been nothing but amazing,” commented Legacy of the Mandalorian director Timothy Ryan Lahr. “It helps with the writing process and the creative process to be able to go to your producer or writer and be like, ‘can you do this? Can we go there?’ And it’s readily available to you.”

Watch “AR Wall & Virtual Production in Legacy of the Mandalorian”

Filmed on ARwall’s 20 x 11.5ft x 1.5mm XR backdrop, the production team took the opportunity to test some of the new features and capabilities of the ARFX Pro plugin for better color management, on-set workflows, and tracking stability. As a result, ARwall expanded the menu of the ARFX Pro plugin, offering more detailed options in Unreal Engine’s Play mode and eliminating any need to go back and forth with tiny adjustments or changes. Jetstreak Ink’s behind-the-scenes content illustrates what ARwall’s technology can provide with a real-world glimpse at its scalability across large-scale filmmaking and the development of independent short-form projects.

Get more information about ARwall here.