‘Sisters,’ ‘Jamie’s Got Tentacles’ and ‘Yoko’ beaming their way to viewers around the globe. 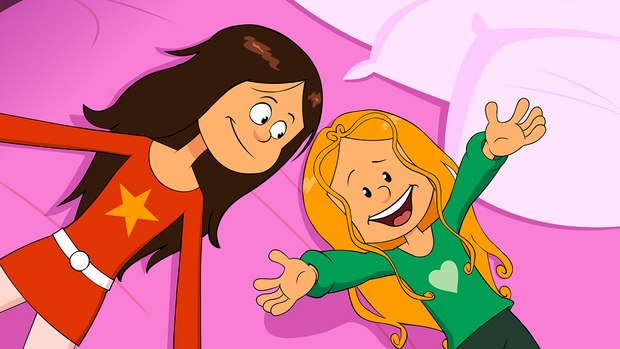 Jetpack Distribution has place ‘The Sisters’ with broadcasters in Europe, the Middle East and Asia.

Jetpack Distribution announced platform deals for The Sisters, Jamie’s Got Tentacles and Yoko.

The company has inked new deals for The Sisters, produced by Samka Productions and Bamboo Productions, in collaboration with M6 France, where it has just launched and increased the network’s slot average by 25 percent. The show, about loveable bickering sisters Marie and Wendy, has been picked up by TV3 in Spain, Channel 8 in Israel, teleTOON + in Poland, Gulli in Russia, Canal Panda in Portugal and iflix in the Philippines, Malaysia and Thailand. Samka Productions’ agent Redcastle has also brought Disney Channel Italy on board.

Jetpack also secured new homes for season 2 of Jamie’s Got Tentacles, also produced by Samka Productions in collaboration with France TV and Canal +. The new season, which centers on a young alien prince escaping to Earth from the planet Blarb, has been sold globally to Nat Geo Kids in Latin America, ABC Australia, TVE in Spain, Gulli in Russia, teleTOON + in Poland, TVNZ in New Zealand, Canal Panda in Portugal, TG4 in Ireland, Zoom in Israel, Sun TV Network in India, iflix in Asia and PLUSPLUS in Ukraine. Jamie’s Got Tentacles has now been sold to 169 countries.

Yoko, produced by Wizart Animation, Somuga and Dibulitoon Studio and commissioned by RTVE and ETB in Spain, has been picked up by Nick Jr. in Italy and CBC Kids in Canada, Sun TV Network in India, Canal Panda in Portugal, ETV in Estonia and CTC, and O! in Russia.

Jetpack CEO Dominic Gardiner says: “Jetpack blasts the best kids shows across the planet and the deals are a huge testament to that. These shows have massive global appeal and negotiating multiple homes worldwide with such strong and impressive networks ensures young audiences internationally can experience all they have to offer -- magical friends, aliens, bickering sisters and of course fun and humor.”