Veteran exec brings more than 20 years of commercial and creative experience to company’s efforts to develop original IP for children. 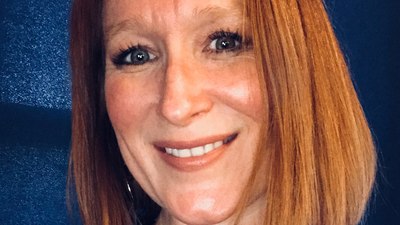 LONDON -- Jellyfish Pictures announced the appointment of Natalie Llewellyn to head of development and will head up the company’s efforts to create its own children’s animation properties.

With a career spanning more than 20 years, Llewellyn joins Jellyfish Pictures after a five-year stint as head of global strategy at Platinum Films. At Platinum, Llewellyn looked after the global distribution of the company’s children’s properties, including Matt Hatter Chronicles, Dream Street and Young Bear Grylls. Prior to working with Platinum, Llewellyn held senior positions at V&S Entertainment and Bentley Productions.

“2018 is going to see Jellyfish Pictures really focus on the creation of our own IP,” says Phil Dobree, CEO, Jellyfish Pictures. “We have had great success working in collaboration with other production companies, and now is the time to take the lead. Natalie brings a great pedigree to the team. Her experience as an animation and drama producer and as a programming sales director means she is perfectly placed to help us reach our goals. This appointment signifies how seriously we are taking this side of the business, and I am looking forward to what’s to come out of Jellyfish Pictures in the coming months.”

“Jellyfish Pictures is known for its dynamic reputation and being a world-leading VFX and animation studio,” says Llewellyn. “The company has a fantastic culture -- one that cultivates creativity, passion and new ideas -- and I’m thrilled to be part of the team. My aim is to build on its already stellar offering and use my knowledge and expertise to oversee the development, production and international distribution of new animated kids’ properties that will be watched and loved by children all over the world.”