CGI/live-action preschool series is being produced entirely in the U.K. with animation and VFX by Jellyfish Pictures. 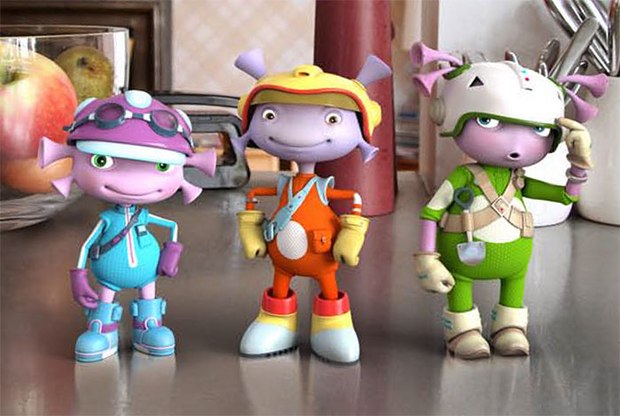 Zodiak Kids’ U.K. production company The Foundation has started work on its new its new CGI/live-action preschool series, The Floogals.

Taking advantage of the new animation tax credit, the animation series is being produced entirely in the U.K. with animation and VFX by Jellyfish Pictures.

The 52 x 11 minute series has been commissioned by Sprout, the NBC-Universal owned kids channel, which will also co-produce. The series is set to launch on the channel in 2015.

Based on an original idea from Dan Good and developed by The Foundation, The Floogals is being produced in conjunction with strategic investment partner Nevision Limited. The show will be distributed internationally by Zodiak Kids in 2015.

The Floogals follows the wild and comedic adventures of three diminutive and curious aliens from Planet Floog that land on Earth, take up residence in a suburban home and embark on daily missions, exploring things that fascinate them like bubble baths, birthday cakes and garden hoses.

The Floogals is directed by Shynola, the showrunner is Ceri Barnes and the Executive Producers are Nigel Pickard for The Foundation and James Cabourne for Nevision.