Bafta-winning animation and VFX studio using Teradici Cloud Access Software and Microsoft Azure to enable safe, secure workflow for artists around the world that are joining the company. 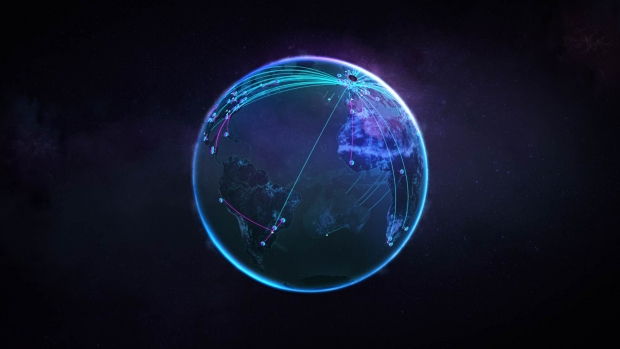 Having spearheaded the use of virtual and cloud technologies in the animation and VFX industry since 2015, and after opening the world’s largest virtual studio at the end of last year, Bafta and multi-award winning animation and VFX studio, Jellyfish Pictures, is expanding its operating model to better access talent around the world.

In their latest move, the company is bringing on remote talent from around the world without having to invest in bricks and mortar or on-premises hardware. By using Teradici Cloud Access Software and Microsoft Azure, the studio’s artists can safely work from their own homes, with the same experience as teammates located 6,000 miles away. This new model has been implemented with artists joining the company from Israel, India, North America, Finland, Canada, Spain and Réunion.

All content resides on PixStor, Pixit Media’s software-defined storage solution. Using its dynamic data manager Ngenea, integrated with pipeline tools and Azure, files are distributed across creative hubs quickly and securely. Artists access their content from PixStor running in the cloud hub, which guarantees their performance requirements are always met. When completed, files automatically move back to the UK datacenter. To further strengthen the global operation, Jellyfish Pictures’ review tool, which extends to the public cloud, allows clients to review content seamlessly in 4K. No matter where they are based in the world, both client and artist can share the same screen, updating and annotating in real-time.

Jellyfish Pictures CEO, Phil Dobree, says, “From the very beginning when I first started looking at cloud and virtual technologies with Jellyfish CTO, Jeremy Smith, it was always my vision to be able to go to where the artists are. We introduced cloud rendering and virtual desktops so we could break out of our four walls. Now in 2020, with events no one could have foreseen, we have over 280 artists working from home with no loss in productivity. Moving our staff to this environment was a relatively simple one, connecting to the datacentre from home is the same as if they were connecting from the studio.”

“It was always our intention to roll out this way of working on a global scale, we have merely accelerated our plan due to current circumstances,” he continues. “By unleashing the power of Azure and the different technologies that allow global collaboration to run efficiently and smoothly, Jellyfish Pictures truly has unlimited studios with a community of the best global talent.”

Since Jellyfish Animation launched in 2014, they’ve produced high-quality CG animation for feature specials How to Train Your Dragon: Homecoming (DreamWorks Animation), top-rated children’s shows, Dennis and Gnasher: Unleashed (CBBC), Floogals (Universal Kids) and Bitz & Bob (Cbeebies); most recently, they’ve embarked on developing and producing their own original animated children’s content.  VFX credits include movies such as Lucasfilms’ Star Wars series Solo: A Star Wars Story, The Last Jedi and Rogue One: A Star Wars Story; TV Dramas including Amazon Prime’s Hanna Season 2, HBO’s Watchmen, Netflix’s The Innocents and Black Mirror: Hated in the Nation; and TV deocumentaries such as Planet Dinosaur and Inside the Human Body.