Class-action lawsuit filed by minority DWA shareholder Ann Arbor City Employees Retirement Systems seeks a share of the profits from an alleged side deal that took place as part of the $3.8 billion merger deal back in April. 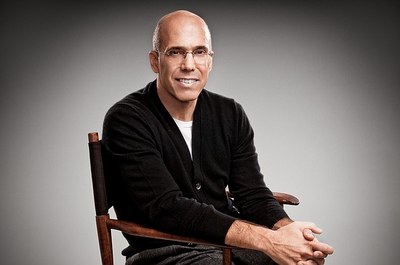 A class-action lawsuit has been filed against DreamWorks Animation CEO Jeffrey Katzenberg, according to a report by the Los Angeles Business Journal. The complaint, filed in Delaware Chancery Court on Monday, seeks damages and a share of the profits from an alleged side deal that took place as part of the $3.8 billion Comcast-DreamWorks Animation merger struck in April.

Minority DWA shareholder Ann Arbor City Employees Retirement Systems (AACERS) claims that Katzenberg’s profit-sharing and consulting arrangement is an “extraordinarily valuable side deal” that allowed Comcast to secure a $41 a share price to acquire DreamWorks Animation. The complaint states that Comcast would otherwise have been required to increase the merger price.

“By negotiating the terms of his post-closing relationship with Comcast before executing a written consent authorizing a board-approved merger, Katzenberg used his leverage to extra disparate consideration,” the complaint states, according to the LABJ.

According to the terms of the new acquisition deal, which received approval from the DoJ on June 21, and is expected to close later this year, Katzenberg will become a consultant to NBCUniversal and chairman of DreamWorks New Media, a new Comcast division comprising AwesomenessTV and DWA Nova. Hollywood-based AwesomenessTV is currently valued at $650 million, according to the complaint, and the agreement will see Katzenberg paid 7 percent of profits “in perpetuity,” in addition to $41/share for his stake in DreamWorks Animation.