DreamWorks Animation CEO is among the recipients of the National Medal of Arts for 2013, to be awarded on Monday, July 28, at a ceremony at the White House. 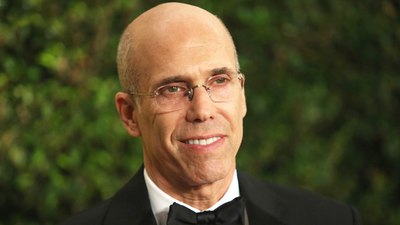 DreamWorks Animation CEO Jeffrey Katzenberg is among the recipients of the National Medal of Arts for 2013, the White House and the National Endowment for the Arts announced on Tuesday.

"Whether it’s animation or architecture, writing or music, these artists' creativity and passion have made an enormous impact on our nation. I join the president in congratulating them and celebrating the arts in our country," said NEA chairman Jane Chu.

"Jeffrey Katzenberg is recognized for lighting up our screens and opening our hearts through animation and cinema," stated the official citation that accompanied the announcement. "Mr. Katzenberg has embraced new technology to develop the art of storytelling and transform the way we experience film."

The medals ceremony will take place Monday, July 28, at 12 p.m. PT/3 p.m. ET, in the East Room at the White House, and will be live-streamed at WH.gov/Live.

Source: National Endowment for the Arts