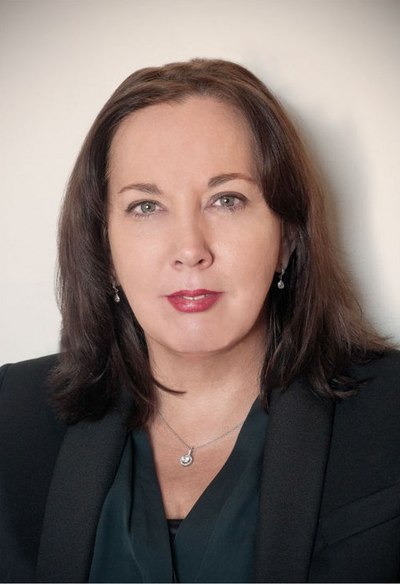 Australian animation and visual effects company Iloura announced the appointment of Jeannette Manifold to the position of General Manager, Sydney. Jeannette brings more than 25 years production experience to the role spanning feature film animation, visual effects and games and joins Iloura at a time of exponential growth for the company.

Jeannette’s lengthy career has seen her work around the globe. Most recently, she was Head of Production at Marza Animation Planet, Tokyo where she oversaw feature film production activities for titles including the forthcoming Sonic the Hedgehog as well as development for Robodog, and earlier as a Production Consultant for the anime hit Captain Harlock – Space Pirate.

Jeannette’s early career was forged in a pre-digital era in the camera and compositing units of animation companies in Ireland and the USA, including five years at Twentieth Century Fox Animation where she was a Compositing Supervisor on animated features including Anastasia and Titan A.E. In 2004, she moved to Australia to join Walt Disney Animation Studios as a Compositing and Scene Planning Supervisor for its large slate of projects before joining Animal Logic as a VFX Coordinator for the production of George Miller’s Oscar-winning Happy Feet. A move into the games industry was next with a role as Production Manager at Team Bondi/Rockstar on the successful AAA PS3 game L.A. Noire, followed by a role at Dr D Studios to join George Miller once again as Digital Line Producer on Happy Feet Two.

In this newly created role at Iloura, Jeannette will be responsible for the overall management of the Sydney studio including working with Heads of Departments to ensure efficient workflow practices for crew; budgeting, scheduling and strategic business management. She is also uniquely placed to help streamline asset management and crew requirements between Iloura’s Melbourne and Sydney studios which frequently work on the same films.

Iloura’s Head of VFX, Simon Rosenthal said, “We’re so pleased to welcome Jeannette to the Iloura family. With her vast experience leading large teams of artists and her knowledge of production processes, she strikes that special balance between the creative, financial and technical that’s required in this important role. Due to the growth in our business, I know that we will benefit greatly from having Jeannette on board to focus on the needs of our clients and crew.”

Jeannette Manifold, "I'm delighted to be returning to Sydney to take up this new role and to connect again with colleagues in the Australian film community. Iloura is a dynamic growing company with a reputation for great VFX and animation and I'm looking forward to collaborating with Simon and supporting the talented crew and clients on some exciting future projects."

Jeannette Manifold will take up the position of General Manager, Sydney on March 2, 2015.