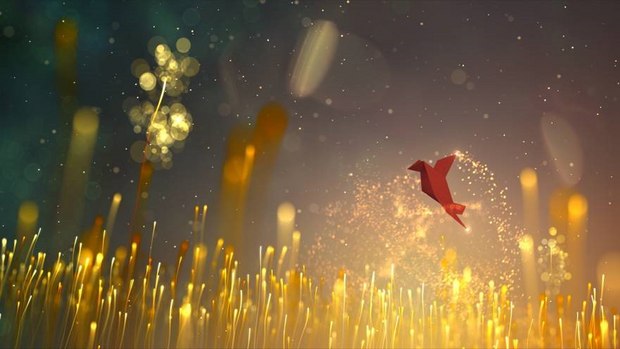 VFX artist and director Jean-Marie Marbach has created a gorgeous abstract music video that follows the journey of a bird for Canadian electronic band Tennyson.

Initially created as homage to the abstract animation style of Visual Music, the music video takes on an aesthetic inspired by Walter Ruttman and Oskar Fischiner‘s works, but with modern tools.

“Instead of re-creating what those artists did in their time, I wanted to showcase today’s tools used in the same spirit -- and, more specifically, particles, which I find especially suited for abstract animations,” Marbach says. “So despite my inspirations, I knew this video would end up looking different.”

Except for the origami bird, everything was created in After Effects using particle generators from Trapcode Suite: Particular, Form and Mir. Automated functions related to particles behavior were achieved with custom expressions and scripts from Dan Ebbert.

Marbach was also inspired by the “complexity and virtuosity” of Tennyson’s music, which remains “flowing and full of life.” He wanted to create an animation that seemed equally complex, but with a simple flow.