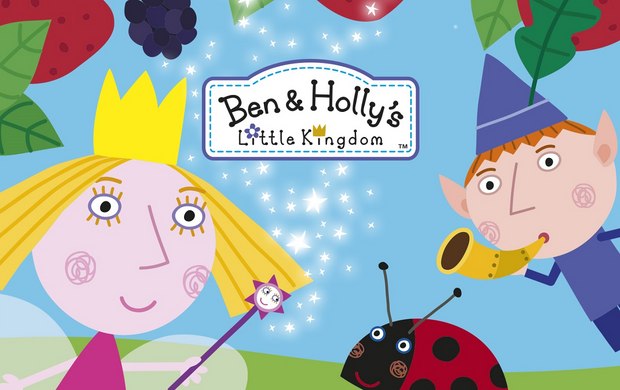 NEW YORK -- Ben & Holly’s Little Kingdom, the Emmy Award-winning preschool property from global entertainment company Entertainment One, will make its consumer products debut this fall in the U.S. with preschool-targeted toys from Jazwares. The newly named U.S master toy licensee will help translate the magic of the popular series that has been charming U.S. audiences since its October 2015 premiere on Nick Jr., into an all-new collection of fun-filled playthings to launch at retailers nationwide in August 2017.

“We are thrilled to be working with Jazwares on another of our prized preschool properties,” said Joan Grasso, VP, Licensing - North America, eOne Family. “Jazwares has been a fantastic partner for Peppa Pig and we’re excited to work closely with the company’s top-notch creative team once again to help grow Ben & Holly’s Little Kingdom into a leading children’s entertainment brand and bring the show to life through a range of toys that will enchant young fans for years to come.”

The top-rated Ben & Holly’s Little Kingdom -- from the same team that created global preschool sensation Peppa Pig -- has been delighting audiences across the U.K., Australia, Spain, Germany, Latin America, and Russia as well as throughout the U.S. with humorous adventures about magical characters set in an enchanted world.

Ben & Holly’s Little Kingdom follows Holly, a young fairy princess who is still learning how to fly and whose magic doesn’t always go quite according to plan. Her best friend, Ben the Elf, doesn’t have wings or do magic, but he, like all elves, are very good at making things, especially toys. They live in the Little Kingdom, a tiny land where flowers and grass rise above the tallest towers. The series is targeted to children ages 3-6 and appeals equally to boys and girls.