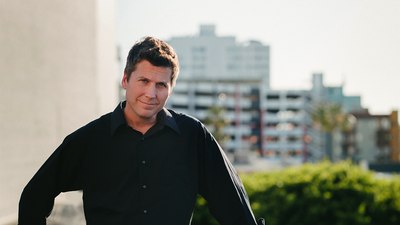 MPC LA announced the arrival of Jason Schugardt as Head of 3D. Over the span of his 19-year VFX career, Jason has worked on an impressive body of work in both commercials and feature films. He brings on-set and supervisory experience from across the globe, having spent time at leading boutiques and large facilities including Sony Imageworks, Weta Digital, MPC Film, Asylum VFX, and most recently, Method Studios.

Jason’s extensive background in 3D and knack for developing new VFX techniques has led him to work on some of the most acclaimed commercial projects such as Skittles’ Super Bowl 2015 spot “Settle It” directed by Dante Ariola and Sonos’ “Face Off” Super Bowl 2014 spot directed by Mark Romanek. He has also led projects for Acura and Time Warner Cable for Nicolai Fuglsig as VFX supervisor, and Kia and EA Battlefield for Noam Murro as CG supervisor. Among his notable feature achievements, Jason has worked on four Oscar-winning films including David Fincher's The Curious Case of Benjamin Button and Peter Jackson's King Kong.

“I’m excited to be part of the world-class team at MPC LA,” said Jason. “My focus is to bring our talented people together to ensure a very personalized experience to clients, while drawing on the strength and scale of MPC’s global network. Together, we will instill a special blend of creative workflow and technical expertise into every project that passes through our doors.”

“Jason is a critical piece of our leadership team,” said Andrew Bell, MPC LA Managing Director. “His perspective, having worked on projects of all shapes and sizes from around the world, will be invaluable as we continue to build on MPC’s established reputation of exceeding expectations. I look forward to his wide range of skills, experience and leadership qualities benefitting the studio."